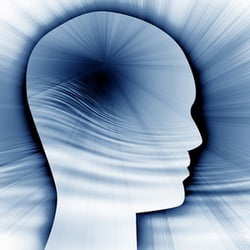 The big debate in the brainwave entrainment world over the last two years has been are isochronic tones better than binaural beats?

People want to know if they more effective than Binaural Beats when it comes to brainwave entrainment?

The short answer is no, isochronic tones are not better, but they are certainly different, because these are two different forms of brainwave entrainment that work in a different way.

Before we get into the key difference, it is important we address a recent bit of false information being mentioned on a few sites that states that binaural beats don't work because they don't excite the thalamus.

This is simply not true. Let's clear this up quickly by looking at an extract from some research on ‘Neurophysiology of Auditory Beat Processing':

The left and right inferior colliculus has a commissural connection, which allows for binaural interactions within the ascending pathway, and is comprised of numerous subnuclei, the largest of which is the central nucleus (ICC). Here, the temporal integration window between the IC and the auditory cortex enables processing of monaural characteristics such as amplitude modulation. From here, outputs travel to the medial geniculate nucleus (MGN) of the thalamus, where thalamic output fibers connect to the auditory cortex located in the temporal lobes (Source)

Don't worry if that went over your head. I'm sure though that you go the gist of that last sentence where it references the thalamus.

Binaural beats require headphones, because the left and right ears need to receive two separate frequencies for the brain to perceive the third frequency.

So let's say we send 215 Hz to the left ear and 205 Hz to the right. The brain then perceives a third frequency at the mathematical difference between the two, which is 10 Hertz.

The brain then follows along at this frequency and is entrained. This is known as the frequency response process.

At a basic level, an isochronic tone is a tone that is turned on and off rapidly.

This creates a sharp, distinctive pulse of sound. In short, the sound goes almost directly from 0 to 100 in intensity and back down again in an evenly-spaced manner.

Essentially, isochronic tones differ from binaural beats in that they use a single tone, not two.

The key difference between these two forms of brainwave entrainment can generally be broken down in to four sections. And these areas generally help people decide which they want to use.

However, we absolutely recommend testing out both forms and seeing which you get on with best.

Isochronic tones do not require headphones because they use a single pulsating tone to penetrate the left and right hemispheres of the brain.

However, many people say the effects are more pronounced when using headphones, which would makes sense considering that one would need to be properly aligned with a speaker to fully benefit.

Binaural beats do require the use of headphones to be effective, though entrainment would be possible if sat in between speakers at a close proximity.

One key difference between binaural beats and isochronic tones is that isochronic tones are not effective at entrainment below 4 Hz (Delta state). This means that they are rendered useless for creating recordings for insomnia and pain relief, or other healing-based recordings that require the use of frequencies below 4 Hz.

The pulsating nature of isochronic tones can be distracting and somewhat annoying. Unfortunately this can't be resolved, because unlike binaural beats, isochronic tones need to be audible for the entrainment to work.

This means that the deaf or those with partial hearing cannot use isochronic tones, whereas binaural beats have been shown to be effective in this area. More on that here.

The frequency composition of the binaural beats track can be turned down very low to the point of a feint hum, or to being inaudible, and still be effective. At audible level, and if mixed correctly, the frequency track has a rhythmic, hypnotic property, which is well-suited to meditation.

The proof is in the pudding, as they say, and binaural beats have been the subject of numerous scientific studies over the years.

Indeed, the most popular programs and companies like Holosync, Hemi-Sync (Monroe Institute) and our own music to date all use binaural beats rather than isochronic tones. Jump to the summary section below for a quick-fire overview of why.

Isochronic tones are more of a recent trend, and popularity has been driven largely by “hype” and presumption rather than scientific research. Of course, the fact that the listener doesn't require headphones is obviously a big marketing plus point.

Here's a few studies on binaural beats you can dive in to for reference:

While there is no substantial research that proves isochronic tones don't work, there is little if any to show they are more effective in the short or long term than binaural beats.

But let's summarize the facts we do have so that you can reach a conclusion:

We are not anti isochronic tones. On the contrary. We are pro brainwave entrainment and meditation music of any kind. But the fact that isochronic tones cannot entrain below 4 Hertz is a huge downside because it limits us from being able to produce low theta and delta recordings .

Another aspect that is problematic is the unpleasant sound of isochronic tones. The majority of people like to enjoy listening to music, rather than endure a sound they don't like for 30+ minutes because they assume it will be of benefit.

The reality is that it is counterproductive to undertake brainwave entrainment while simultaneously hating every minute of the sound.

We work very hard to produce musical compositions that complement the entrainment, both in terms of frequency and context of sound.

Regardless of the frequencies laid underneath our music, we want our listeners to enjoy the listening experience. Indeed, many people buy our music for the music, and disregard the fact that we use soundwaves underneath the track for entrainment.

Following the science is always a good bet, and of course the facts, which we have laid out for you here. But as said previously, we encourage you to test the water with both isochronic tones and binaural beats and make up your mind as to which you find more effective.