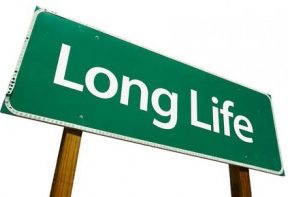 The hormone cortisol is produced by the adrenal glands, and Giampapa acknowledges it as the most important age-accelerating hormone within the brain.

Cortisol impacts on learning and memory and can have generalized negative effects on health and well-being, by increasing stress in the body.

DHEA is hugely important. Also produced by the adrenal glands, it is required as a base for nearly every hormone that the body requires, and levels need to be maintained.

DHEA determines both our physiological age and our resistance to disease, so when these levels fall we age and become ill. When the levels are high, we are fit, healthy and vital. DHEA is therefore a buffer against stress and disease.

Melatonin is a peaceful hormone. It is associated with allowing us to sleep restfully.

Again as we age, we make less melatonin and this is to our detriment because sleep allows the brain to rejuvenate itself and produce the necessary hormones and chemicals to revitalize the body. Our inability to sleep as we age therefore can dramatically decrease our quality of life.

Dr. Giampapa conducted a study on 19 users of Binaural beats audio technology. They listened to the music for fours per day over three days. Dr. Giampapa was able to pinpoint that:

• The level of cortisol; dropped down to an average of 46.47% and there were changes for the better in 68% of the listeners. Several participants had a decrease of 70 or 80%.

• The biggest change was in the production of melatonin. Melatonin increased on average by 97.77% and changes for the better were noted in 73% of participants. Some saw improvements of up to 300%.

Training the Brain to Function at a Higher Level

More generalized effects of slowing brainwave patterns into the alpha, theta, and delta ranges were even more interesting.

Electrical fluctuations in the brain were increased changing the neural structure, meaning the brain had to reorganize itself. It functioned at higher more complex levels, as predicted by the scientist Ilya Prigogine, the 1977 Nobel Prize-winner (chemistry).

Prigogine noted that the human brain is the ultimate open system, because it is always swapping energy with its environment.

Up to a point, the human body and brain can handle all kinds of fluctuations, but when the fluctuations become too much, the system is pushed past its limits and has to reorganize itself at a higher level.

A runner, for instance, has to give more physical input than the body can handle. The body responds by reorganizing itself at a higher level. In this case this increased input is about “getting in shape.”

The amount of fluctuation increases as we move from alpha to theta to delta. When these elevated fluctuations are more than the nervous system can handle, the brain reacts by reorganizing itself at a higher, more complex level of functioning.

It creates new neural pathways within itself, which improves the communication between different areas of the brain that previously were not talking, and this leads to increased efficiency.

The two main effects of this reorganization within the brain include: an increase in various mental capabilities, such as increased learning ability, creativity, mental clarity, intelligence and intuition; alongside positive changes in mental and emotional health, for as the brain reorganizes itself, the subject’s model of the world changes too.

This knowledge offers us a variety of new possibilities. Brain waves can be mapped and entrained and through this use they can effect human change and growth, not least because induced brain wave states can amplify learning, increase our creativity capabilities and induce sleep, control pain, relieve stress, increase memory, and dramatically improve our mental and emotional health.