The Solfeggio scale has become very popular in the last few years, with many turning to this ancient scale for its purported healing properties.

We use this scale to tune our instrumentation and complement the desired outcome of our wellbeing audios, and therefore have a pretty good understanding of how it works.

But what is this ancient scale about, and where does it come from? 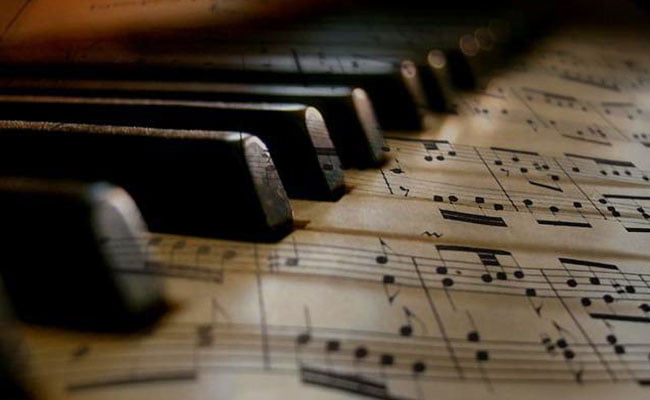 What Is the Solfeggio Scale?

The Solfeggio scale is most commonly linked to the Gregorian Chants, a form of monophonic song of the Roman Catholic faith that dates back to the 9th and 10th centuries.

Musicologists concur that the scale was most likely first introduced in Medieval times by a Benedictine monk named Guido d’Arezzo, and was most famously used to comprise a hymn to John the Baptist.

The hymn, named Ut queant laxis, or Hymnus in Ioannem, goes like this (in Latin):

This translates to English as:

“In order that the slaves might resonate (resound) the miracles (wonders) of your creations with loosened (expanded) vocal chords. Wash the guilt from (our) polluted lip. Saint John.”

The translation suggests that the Solfeggio notes open up a channel of communication with the Divine.

The hymn is comprised of six successive notes on the music scale, meaning that each line is sung a degree higher than the last line. In music theory this is known as Just Intonation.

Just Intonation or Pure Intonation is the attempt to tune all musical intervals as whole number ratios of frequencies. An interval tuned in this way is said to be pure (1).

If you've heard The Sound of Music then you've heard this form of scale in use: Do-Re-Mi-Fa-So-La-Ti. Except in the Solfeggio scale the DO is replaced by UT.

What are Solfeggio Frequencies?

During the 1970s, the Solfeggio scale studied and, using math – which we will discuss later -each note was mapped to a corresponding frequency based on its tuning (on the frequency it vibrates at).

The resulting frequencies were in turn mapped to various changes in emotional states.

The six frequencies listed above make up the original scale, but, during the process of study, a further three were identified, thus extending the scale to 9.

Why Did the Solfeggio Get Lost?

There are a few conspiracy theories regarding deliberate suppression of the scale, but in truth it seems to be a matter of history taking its course.

The scale wasn't lost, but rather discarded.

As music became more secular it moved away from religion and the church. In time, musical exploration happened upon the twelve-tone temperament scale, which was introduced sometime in the 16th century (in Renaissance Italy). This became a standard.

The six-tone Solfeggio scale faded out of favor. And with it, some say, did the spiritual, healing properties it evokes.

In our opinion, it was more a societal shift and “progress” than a conspiracy; in the same way traditions wane over time.

Who Discovered the Solfeggio Frequencies in Modern Times?

Dr. Joseph Puleo, who also wrote briefly under the pseudonym Joseph Barber, said he uncovered the scale and their associated frequencies in the Old Testament’s Book of Numbers by applying Pythagorean math reduction theory.

The Book of Numbers is the fourth book of the Hebrew Bible, and the fourth of five books of the Jewish Torah.

His findings were laid out in the book Healing Codes for the Biblical Apocalypse, written with Dr. Leonard Horowitz.

Puleo said he began looking for the biblical link after a spiritual intervention. However, it is thought that Puleo studied the Gregorian Chants and other musical history, which led him to investigate the Bible and decipher this link.

Why is the Solfeggio Scale Relaxing & Healing?

The problem is, as has been recognized by many accomplished musicians such as the late Joachim-Ernst Berendt, apart from the octave, all consonant intervals are mistuned by the modern twelve-tone scale.

Indeed, the late, great American composer David B. Doty described the ancient 6-tone scale as having a certain clarity and smoothness that today’s music lacks.

This is said to be the reason that when people hear music tuned in the key of one of the Solfeggio frequencies, they feel a connection that they don't experience with the modern scale.

One example of a popular song that has this divinity is Imagine by John Lennon, which he recorded in the tune of 528 Hz.

Considering its biblical history, there does seem to be something spiritual about the scale that connects with people, thus its resurgence in popularity.

How Do Solfeggio Frequencies Relate to the Chakras?

The Chakra system is an inner energy ecosystem that has its roots in India around 1500 and 500 BC.

Each energy center in the system is linked to major organs and functions in the body.

When one of these energy centers is blocked and not functioning properly, it can cause physical and emotional effects.

The Solfeggio frequencies have been mapped to the chakras, starting with the lowest frequency at the root of the body and working upwards towards the crown, as follows:

It is worth noting that there may be some crossover of the frequencies between chakras. 528 Hz, for example, is known as the Love Frequency and has broad-reaching effects, and therefore would affect the Heart Chakra too.

Because of their healing properties, Solfeggio frequency music is popular among those in alternative therapies such as meditation, yoga, and reiki healing.

Is There Any Scientific Evidence for This Healing Music?

There is an abundance of research on the impact of relaxing music on health, and on frequency based music like binaural beats (both music layered and pure tones).

However, there is little research on Solfeggio-based music. It stands to reason, though, as it is quite niche and there aren't too many institutions that would want to throw money at such research.

It is attracting interest, though, and one particular frequency – 528 Hz – has been subject to a few studies.

In one study on rats, 528 Hz music triggered a reduction in anxiety (2).

In another study, Tension-anxiety and Total Mood Disturbance scores were significantly reduced after exposure to 528 Hz music, while there was no significant difference following 440 Hz music (standard tuning) (3).

How Do You Combine Solfeggio Frequencies & Binaural Beats?

As mentioned at the beginning of this post, we use this ancient scale as the tuning base for our music. Basically, instead of writing music in the modern tone of 440 Hz, we will use the most suitable Solfeggio tone.

This is a separate aspect of the music to the binaural beats frequency track, which is laid underneath the music.

We choose the Solfeggio frequency most closely linked to the target outcome of the binaural beats frequencies, and find that it brings a complementary element to the overall composition.

In short, our music contains both the benefits of the binaural beats technology and the purported healing properties of the Solfeggio music tuning. Each frequency we use is documented in our frequency guide.

Science has already shown that music is capable of lowering blood pressure, reducing anxiety, providing pain relief, helping focus, and improving memory. Harvard University has been a huge champion of reporting the research in this area (4).

The Solfeggio scale undoubtedly exists and we know it was widely used pre the 16th century. The identification of the associated frequencies also adds up, mathematically.

But the associated benefits of each frequency requires a bit of a leap of faith: a) because we don't have the research, and b) because the benefits are difficult to quantify.

We do have some scientific research on 528 Hz, which is promising, and hopefully we'll see more research emerge as mainstream medicine takes an interest.

The problem is that funding will always be lacking in this area because music is cheap to buy, easily accessible, and can be made independently of big corporations. So there's little to gain from an economic perspective.

In short, developing and selling pharmaceutical drugs is a far more lucrative business.

One only has to look at meditation and yoga to see how long it was before the mainstream entities took these alternative forms of healing seriously and conducted credible research.

What we do know is that millions of people are now enjoying meditative music tuned to the frequency of the Solfeggio scale and are finding it makes them feel calmer, happier, and more spiritually connected. And that is an extremely good thing for mental health!