Anxiety disorders are greatly misunderstood. People often confuse someone who says they suffer with anxiety with someone who gets a little nervous or apprehensive before a big occasion.

While it's true that many experience symptoms of anxiety, those who suffer persistent anxiety can have their lives disrupted and controlled by their disorder on a daily basis.

Indeed, an anxiety disorder can dictate your life: the decisions you make, the people you interact with, and the places you go.

Anxiety disorders arise for a number of reasons, including genetics, brain chemistry, and personality or prior life events. In the modern world anxiety problems are extremely common.

Anxiety disorders are the most common mental illness in the U.S., affecting 40 million adults in the United States age 18 and older, or 18.1% of the population every year (1). 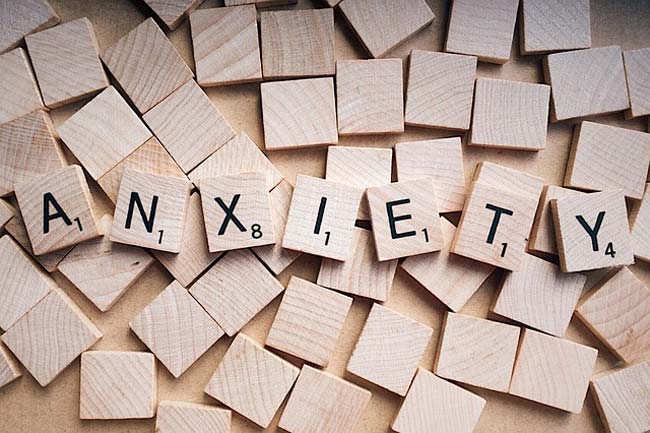 The good news is that our music therapy programs, which use binaural beats, are proven to help relieve anxiety.

Indeed, binaural beats technology has been subject to a number of studies to test its effectiveness in treating anxiety.

In this post, we'll look at the results of six research studies in this area.

Each study paper is linked in parenthesis so that you can independently verify the information outside of this article.

A meta-analysis is a study that looks at the results of a number of reliable studies in a particular area to draw an overall result.

This is a more accurate way to draw a conclusion on a subject matter, because you aren't looking at just one or two studies but many studies, from which you can deduce an average result.

A meta-analysis also means you can select the studies likely to be most credible. You can set a criteria and exclude studies that don't meet the standards set out in that criteria.

This meta-analysis measured the impact of twenty-two studies that looked at the effect of binaural beats on cognition, anxiety, and pain perception.

For anxiety, specifically, the study concluded that binaural beats are effective at reducing anxiety levels.

In terms of listening duration, the analysis also found that “time under exposure contributed significantly to the model, indicating that longer periods are advisable to ensure maximum effectiveness”.

A randomized placebo-controlled trial conducted in 2020, this study had 352 male participants (total after trial eligibility).

The study investigated the effects of binaural beats on anxiety and pain scores while undergoing diagnostic cystoscopy (DC) and ureteral stent removal (USR) under local anesthesia.

By pure binaural beats we assume the study refers to a raw tone, that is just the frequency track without a music overlay of any kind.

Patients in the DC group (DCG) and USR group (USRG) were divided into three subgroups according to interventions applied:

The study concluded: “Listening to pure binaural beats may be a simple and effective method to reduce anxiety levels and pain scores associated with the DC and USR procedures in males” (3).

Going to the dentist is a trigger for anxiety in many patients. Indeed, the idea of being “operated on” awake is enough to cause symptoms of anxiety.

Dental inspections and minor procedures are often done without anesthetic, and those likely to cause pain are done under local anesthetic.

Being aware of the procedure can be traumatic for those who are very pain sensitive or scared of sharp instruments and needles.

This makes dental treatment a good environment to study anxiety interventions such as binaural beats.

In this dental study, sixty patients – due to have impacted third molars removed – were split into two equal groups.

Anxiety scores were recorded prior to the local anesthetic.

The anesthetic was then given and the patients waited for 10 minutes. During this time, the experimental group were given binaural beats to listen to. The control group was given nothing to listen to.

Anxiety scores were then recorded again, and the tooth removed in the usual way.

The experimental group experienced a significant reduction in anxiety, while the level of anxiety in the control group was unchanged (4).

Interestingly, even with a short listening time there was a clear distinction in results between the two groups, with binaural beats showing a lower anxiety score.

Considering the preoperative dental anxiety study above, one might assume that this was an outlier and that if a similar study were conducted again the results would not be the same.

Interestingly though, in this study on preoperative anxiety in patients undergoing general anesthesia, similar results were seen.

In this study they used three groups: a binaural group, an audio group (same soundtrack but no added frequency/tones) and a group exposed to no audio.

They found an average decrease in anxiety of 26% and, in individual cases, as high as 33% for the binaural group. I quote: “Binaural beat audio has the potential to decrease acute pre-operative anxiety significantly.”

They did not see significant decreases in the control group (5).

5) Use of Binaural Beat Tapes for Treatment of Anxiety

This study sought to determine whether 15 mildly anxious people would report decreased anxiety after listening to binaural beats daily for 1 month.

While a small sample size, the listening resulted in a significant reduction in the anxiety score reported daily in patients' diaries.

The number of times participants listened to the tapes in 4 weeks ranged from 10 to 17 (an average of 1.4 to 2.4 times per week) for approximately 30 minutes per session.

The study concluded: “Listening to binaural beat tapes in the delta/theta electroencephalogram range may be beneficial in reducing mild anxiety” (7).

This research looked at 8 healthy adults who listened to binaural beats daily over a 60-day period.

The participants listened to a CD with Delta (0-4 Hz) binaural beat frequencies.

Because this was a small group study, the researchers also noted: “Further research is warranted to explore the effects on anxiety using a larger, randomized and controlled trial” (6).

If you are interested, we look at this study in greater detail here.

Numerous studies have shown the benefit of traditional meditation on reducing stress by inducing a state of deep relaxation (8). However, as the above studies suggest, binaural beats are able to take this to a higher level of effectiveness.

This is good news for those suffering from anxiety, because this natural therapy is safe, healthy and can be obtained without prescription. In more severe cases of anxiety disorder, binaural beats music could be used in addition to prescription medication (always consult your doctor first).

Binaural beats are clearly also useful for those who suffer from specific anxiety issues such as social anxiety, anxiety before flying, or anxiety prior to dental surgery.

That said, as you will note from the studies above, some of the study sample sizes are fairly small compared to those you would get for pharmaceutical drug or nutritional supplement research.

This is because music therapy research doesn't attract big investment grants. You don't get anywhere near the volume of research in this area that you would do for big pharma, big tech, or big agriculture.

There just isn't enough money in selling music therapy for big corporations to warrant a big investment in research. After all, this is something people can act on themselves and benefit from for a comparatively small amount of money.

However, it is pleasing to have such consistency in the results of the research we do have. The results are overwhelmingly positive and consistently show a reduction in anxiety.

If you want to try reducing anxiety using binaural beats, you should listen to low frequency tracks such as those in the Delta, Theta and low Alpha ranges.

Low frequency binaural beats will slow down brainwaves and reduce the fight or flight response produced by a state of anxiety. Higher frequency tracks such as those in the Beta and Gamma ranges may exacerbate anxiety by causing brainwaves to operate at a higher frequency.

We have many users who suffer from varying degrees of anxiety and continue to benefit from the use of our music. We have a number of programs that will help reduce symptoms of anxiety. Please see those listed below: