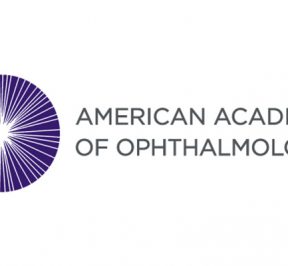 A study has shown that the use of binaural beats during surgery correlates with lower anxiety and reduced systolic blood pressure.

The research was carried out on senior patients undergoing cataract surgery.

Cataract surgery was chosen because the surgery is typically carried out with local anesthesia, and therefore patients will be awake during the procedure.

Surgery is fairly invasive in that it involves replacing the eye's cloudy natural lens with an artificial lens implant, a procedure that causes anxiety and fear in many patients.

Indeed, research out of the University of Iowa showed that between 3 to 16.2 percent of people undergoing cataract surgery said that “they were frightened by the visual experience of the procedure” (1).

More than three million cataract surgeries are performed each year in the United States, and the procedure is one of the most common worldwide.

The research was presented at the 116th Annual Meeting of the American Academy of Ophthalmology (2).

The team, headed up by Pornpattana Vichitvejpaisal, M.D., of Chiang Mai University in Thailand, used alpha frequency binaural beats for the experiment. The alpha brain state is linked to relaxation and reduced perception of fear and pain.

Binaural beats are essentially an audio illusion that tricks the brain into perceiving a particular frequency. Two tones, each pitched at a different frequency are sent to the ears: one to the left, and one to the right.

Upon hearing these tones the brain perceives a third frequency, a phantom frequency, which is the mathematical difference between the two. The brain then follows

The study subjects were selected  for the research based on age, gender, cataract type, and other health factors.

Group 1 listened to the binaural beats combined with music and  nature sounds. Group 2  listened to just music with the natural ambience. And group 3 didn’t listen to anything at all.

Patient anxiety was measured by the STAI (State Trait Anxiety Inventory), which is a standard and widely used test in this field.

The STAI showed that compared with the control group, there was a significant decrease in anxiety level and in systolic blood pressure in the binaural beats group (3).

There was also reduction in systolic blood pressure for the musical intervention group.

As populations in many parts of the world grow older, it's increasingly important for ophthalmologists to explore new ways to improve patient care for seniors.

Our study shows significant emotional and physiological benefits from adding binaural beats to music therapy for cataract surgery patients. This provides a simple, inexpensive way to improve patients' health outcomes and satisfaction with their care.

Dr. Vichitvejpaisal recounted the experience of one of his patients, who had been particularly anxious during her first surgery, fearing it would be painful and take a long time. But having been given the music therapy for her second operation, she experienced lower anxiety and perceived that the operation went quicker than expected.

Dr. Vichitvejpaisal has plans to complete more research in this area:

This study is particularly notable because of the use of a control group, which was presented with no music to listen to. This means that we aren't just relying on observation and instead have a clear comparison point.

The binaural beats group showed significantly better results than the control group. The music only group also showed lower blood pressure, which one would expect when listening to ambient sounds such as ocean waves or rain.

The relaxing effect of binaural beat therapy on the brain is now well document in the medical literature. It seems to be particularly helpful for those suffering anxiety, as shown in other studies on anxiety.

Anxiety is a primary cause of high blood pressure and decreases the body's pain threshold. Binaural beats music therapy presents a promising addition, and some cases alternative to drugs for minor medical procedures.