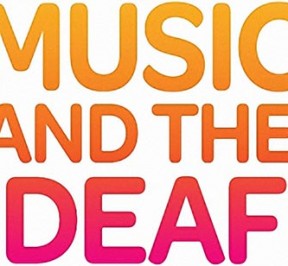 How Binaural Beats Affect the Deaf & Those with Hearing Loss

Those with normal hearing ability, partial hearing and non-hearing persons, can sense vibrations created by sound.

These vibrations do not need to enter through the ears, and can enter at different receptive points of the body.

Through research, we have been able to better understand the way deaf and hearing loss persons sense and perceive sound vibrations.

Before we move onto binaural beats, to understand how hearing loss affects a persons ability to respond to musical stimuli, we can look at examples of deaf musicians.

For example, Evelyn Glennie, a deaf musician who began to lose her hearing aged 8, regularly plays barefoot with her bare feet during both live performances and studio recordings so that she can sense the vibrations of her instruments and that of the orchestra playing with her.

Her deafness does not inhibit her ability to perform at an international level. Interestingly, Glennie contends that deafness is largely misunderstood by the public. She claims to have taught herself to hear with parts of her body other than her ears (1).

Amanda Lynn Harvey is a profoundly deaf American jazz and pop singer and songwriter. She lost her hearing following an illness at the age of 18 and stands barefoot on the floor in order to feel the vibrations of her music.

Perhaps the most famous deaf musician was Beethoven. He wasn't born deaf but lost his hearing in later years. He is said to have used the vibrations felt through his piano to guide his composition.

Being able to feel vibrations is not a special gift reserved for professional musicians. All human beings have this capability.

Deaf Way II: How the Deaf & Hard of Hearing Danced to Music

This was proven en masse at Deaf Way II, an international festival hosted by Gallaudet University, Washington, D.C. in 2002.

9,675 deaf, hard of hearing, deaf-blind and hearing participants from 121 countries descended on Washington, D.C., for a week-long series of plenary sessions and concurrent workshops held at the Washington Convention Center.

Among a range of subjects covered during the conference, including advocacy and community development, economics, education, family, health and mental health and sign language and interpretation, the festival included dancing and live rock bands.

Some might find this a strange inclusion because many of the attendees were hard of hearing or deaf.

This goes to show that ears are only one way in which the body absorbs sound and vibration, and that partially deaf and deaf persons can appreciate the rhythm of music.

How Binaural Beats Affect the Hard of Hearing & Deaf

Those with hearing loss are therefore able to benefit from binaural beats: a process that entrains the brain to a specific frequency band through a process called ‘frequency following response.

The sound of the frequencies, and or the accompanying music does not need to be audible, as long as the person can sense the vibration. This is easily achieved through headphones.

In a study by conducted by The Monroe Institute, six hearing persons were studied wearing headphones over their ears and other non-ear locations of the head.

The headphones were connected to brain-mapping software while different sounds and vibrations were played through the headphones.

When non-ear locations were tested, the subjects were given earplugs to avoid sound entering the brain through the ears.

The function of the brain-mapping software was to determine if there were specific electrophysiological responses that were separate or different from the anecdotal responses of the tested individuals.

The test subjects and operators were both completely unaware as to what recording was playing at what time, and no one had the slightest idea of what to expect or what type of experience might be observed by the brain-mapping equipment.

Results were generated by the software and displayed on a computer screen.

Remarkably, the results showed that left-right brain synchrony could be achieved (using headphones) when placed anywhere on the head.

The most effective non-ear location was found to be slightly above or just behind the ears, approximately one inch above and slightly behind each ear. This resulted in increased feelings of relaxation and comfort.

In fact, the reports from test subjects wearing the headphones on non-ear areas around the head proved to be very interesting.

This is not uncommon for those using theta or delta binaural beats, as theta can invoke a deeply meditative state, and delta a sleepy / higher state of consciousness.

After the completion of the experiment, a sign language translator–hypnotherapist suggested another placement of the headphones that might offer better levels of comfort and relaxation.

This placement was made over the neck arteries; after first identifying the pulsation of the veins and then placing the headphones over that specific area.

The subjects showed the exact same results as when the earphones were placed on non-ear areas around the head.

Proof that this was indeed due to the vibrations delivered through the nerve close to the carotid arteries was realized when the headphones moved inadvertently from their placement and the subject suddenly reported that the effects were ending and that she was returning to her usual conscious state (3).

Music is felt on a physical level by everyone. Getting a buzzing in our core when the bass is plucked or feeling the power of a drum that mimics our life force is universal. A hearing person can only try to imagine the sensations that are much more developed in a deaf person. One can try touching the ground and placing a back against walls at shows trying to see if they can tell the difference in rhythm and the type of instrument being played by the feelings that hum along the body when the music infiltrates the molecules in in the walls and in ourselves as well (4).

In Summary: Advice for Those with Hearing Loss

The aforementioned Monroe Institute study proves that binaural beats are no exception to this and are effective even in profoundly deaf people.

This is because people with normal hearing, as well as those who are deaf, can feel the sound vibrations created by the frequencies in the music through non-ear locations, preferably and most practically one inch above or slightly behind the ear (using headphones).

In conclusion, if you are deaf or partially deaf, then you can still benefit from our special music.

If you are partially deaf in one ear and have full hearing in the other ear, you may want to continue using headphones as normal.

However, if you are partially deaf in both ears, or completely deaf, then you may want to experiment with the non-ear locations as outlined in the research detail above.