What is it about electronic music that makes it impossible for some to stand still?

Why is it that country music makes some want to throw the CD out of the nearest window?

What is it about music made in the frequency of 432 Hz that makes us feel so relaxed?

In this post, we'll explore how this alternative tuning is related to our planet, how it almost became the standard pitch many years ago, why it's popular for healing, and the conspiracy theories behind its oppression.

How Music Affects Us

Music is a force to be reckoned with.

Certain songs bring us to tears while others get us exhilarated and inspired for a once dreaded workout.

People create playlists for when they’re downhearted, happy, and almost every emotion in-between.

Music affects more than your psyche, too.

Science shows us that it affects internal functions like blood pressure and heart rate, can reduce anxiety, and even help with digestion and pain relief (1).

What most people don’t know is how it does this. I mean, what is music made of?

All sound is made by vibrations. Sound is what is heard when sound waves (vibrations) pass through the ear.

Sound is measured in frequency. And Hertz (Hz) is the measurement we use.

The way we feel, and the way the brain responds when we listen, depends on the combination of sound frequencies in the composition. This is known as the frequency response.

This simple theory will help you understand why 432 Hz is said to make for a better listening experience.

The Schumann Resonance – The Earth's Heartbeat

To understand the popularity behind 432 Hz, we need to first learn about the Schumann Resonance. This will ultimately explain the number’s importance.

He understood that global electromagnetic resonances exist within the cavity between the Earth’s surface and the inner edge of the ionosphere.

He determined that the frequency of these electromagnetic waves is very low, ranging from 7.83 Hz to 8 Hz.

The Earth used to resonate at a steady average of 7.83 Hz, but in recent years we've seen a shift more towards an average of 8 Hz.

This frequency range is referred to as the Earth’s heartbeat, or vibration.

Well, musically speaking, the two resonate with each other.

Here's a fairly simplified explanation of how this came about, without too much math.

In 1713, a French physicist named Joseph Sauveur came upon a new concept:

Rather than tuning music at 440 Hz or other variations, he noted that by placing middle C at 256 Hz, you could create a system where each octave (or factor) of C lands on an even integer (whole number), instead of containing awkward decimals.

It is those awkward decimals he alluded to that make conventional music tuning (440 Hz) not sound as nice as music played at 432 Hz.

So, when we tune an instrument to 432 Hz, we get a C note at 256 Hz, which, due to the sympathetic resonance of the note overtones, will produce another C at exactly 8 Hz.

This frequency of 8 Hz – which is at the top end of the Theta brainwave state – is the brainwave state that makes us feel relaxed but conscious and open to intuitive learning.

So 432 Hz and 8 Hz are intrinsically linked in this way.

Why 432 Hz Resonates with Humans

The next question is: okay, so the musical theory makes sense, but why bother tuning to 432 Hz in the first place?

Well, firstly because it actually makes more sense, from a music theory stand point. You tune to nice whole numbers and not decimals – which are awkward.

But on a more primitive and spiritual level, one would presume it optimal to play music in alignment with our planet, with nature.

We know that prolonged exposure to certain frequencies can cause us to feel adverse physical effects.

Think for a moment about all the frequencies that travel through your brain on any given day: from cell phones, Wi-Fi, 5G, radio, and microwaves.

It is no wonder that devices that emit artificial electromagnetic radiation have been linked to cancer, depression, insomnia, and even miscarriage (2, 3, 4).

Also consider the repelling frequencies of car alarms, speaker or microphone feedback and the dental drill.

Then consider natural frequencies, such as birds singing, leaves rustling, rain, an ocean breeze. Do these things bother you, or comfort you?

These everyday vibrations made by Mother Nature resonant with our being.

It makes sense that listening to music tuned to 432 Hz (8 Hz) would make us feel more calm and balanced; because it's in our DNA. We come from the Earth. We are part of the Earth.

We've created a recording with the instrumentation tuned to 432 Hz, and a binaural beats frequency tuned to the original Schumann Resonance of 7.83 Hz.

The binaural beats encourage your brain to follow along and produce Theta brainwaves, making you feel relaxed, while the music aligns you with the frequency of Mother Earth.

Okay, so now we understand that 432 Hz is better aligned with Mother Nature, why isn't all music tuned this way?

Well, interestingly, during some periods it was. And a number of great composers have lobbied for it.

But it didn't become the standard music. And here's why.

The A=432 Hz is known as Verdi’s ‘A’ – named after Giuseppe Verdi, the famous Italian composer.

Verdi and many other musicians, like Mozart, tuned their music to this frequency because they said it contained “feel good” properties that resonated with the audience.

In fact, Verdi wrote to the Congress of Italian Musicians to have 432 Hz approved as the standard tuning.

Subsequently, this was unanimously approved in 1881 and recommended further by physicist Felix Savart, as well as by the Italian scientist Bartolomeo Grassi Landi.

However, it wasn't enough; even though this was approved in Italy at the time.

This is because The American Federation of Musicians accepted 440 Hz as the standard pitch in 1917, and it became a worldwide standard 1953.

Since, despite geniuses like Verdi and many great producers and composers agreeing that the frequency is dis-harmonic – because it has no scientific relationship to the physical laws that govern our universe – 440 Hz has stood the test of time.

Dating back a couple of centuries, there is fair evidence of instruments being tuned to the 432 Hz frequency.

The Stradivarius violins, which were built throughout the late 17th and early 18th centuries, were tuned at 432 Hz and renowned for their superior construction and sound.

Using a Korg Tuner, researcher Jamie Buturff looked into the recordings of Tibetan singing bowls and found that they were tuned to 432 Hz.

The purpose of this is undoubtedly to promote a meditative state and subsequent healing.

Additionally, According to international researcher and musician Ananda Bosman, the majority of instruments unearthed from ancient Egyptian and Greek sites are tuned to A=432 Hz.

Indeed, sacred sites all over the world are encoded with the geometry and number of 432. But we won't cover all that here. 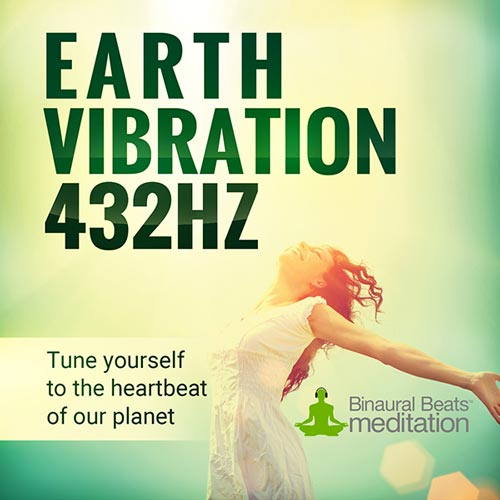 The mathematical theory behind 432 Hz and its endorsement by famous musicians cannot be doubted, neither can the fact that the Earth is tuned at this frequency.

However, the Internet, like it does with so many things, has injected this science with mystery, sparking a number of conspiracy theories.

It's not surprising though. The fact that musical greats and ancient societies preferred 432 Hz, but the US and UK ignored this and chose 440 Hz, was bound to make people suspicious.

Most theories centre on the belief that the 440 Hz frequency was deliberately adopted by governments/regimes as a way to manipulate and control the masses.

Over time it is said to make people lethargic and borderline depressed, and therefore easily influenced.

It is claimed that in 1910, John Calhoun Deagan, an alleged member of US Naval Intelligence, was funded by the Rothschild’s family to convince the American Federation of Musicians to endorse a standard of A=440 Hz tuning for orchestras and concert musicians.

This was accepted by the US government in 1917 and became the International standard concert pitch in 1953.

Deagan was a musician himself and developed instruments such as the xylophone, vibraphone, organ chimes, aluminum harp, Swiss handbells, the marimba, and orchestra bells.

It is suggested that the Nazi regime used 440 Hz and experimented with other influential frequencies alongside it designed to assist in the control of people's minds.

Joseph Goebbels, prime minister of propaganda for the Third Reich, and whose job was to spread the Nazi message, supposedly directed this mission.

He apparently used music containing concentrated 440 Hz frequencies and others to induce fear and hostility in the masses.

People listening to this music were essentially prisoners of their own aggressive consciousness.

While these are certainly interesting theories, conflicting of dates between authors and lack of evidence prevents proper debate.

Despite there being no obvious change to the naked ear because of the small shift in frequency, it is no surprise that people report a sense of harmony and calm when listening to music tuned to A=432 Hz.

Regular listening has a re-connecting effect, as you gradually re-attune to the frequency of the Earth.

440 Hz, despite being forced upon us as a music tuning pitch standard, is not in harmony with the frequency of the Earth. It is, in many areas, dis-harmonic.

Could it be that over exposure to music at 440 Hz is dumbing us down, making us lethargic and even unhappy, maybe easier to manipulate?

Are we simply out of sync?

It may well be the reason that that certain types of music cause behavioral issues and intense negative emotional reactions in some people.

What we do know is that music has healing properties: Music therapists use music to help restore memory in Alzheimer’s patients, improve basic motor skills in stroke victims, and to manage chronic pain.

We also know that many talented composers and physicists have advocated for 432 Hz throughout history, and many art-drive institutions such as the Schiller Institute continue to do so today.

Music has the ability to comfort us, and through brainwave entrainment (where we come in), the ability to shift the brain into specific states conducive to wellbeing.

To help you tune yourself to the heartbeat of the planet, we have produced our own 432 Hz meditation music using our signature binaural beats at 7.83 Hz (Schumann Resonance frequency).

Not only will you feel a calming effect after listening, regular listening will decrease feelings of stress and anxiety and in turn promote natural healing and a deeper connection with the Earth.

Listen to a sample.