Alpha brainwaves are associated with stress reduction, relaxation, flow, and positive thinking. And using binaural beats has become a popular way to encourage the brain to produce more Alpha waves and enable a listener to access these positive mental states.

In 2017, the effect of Alpha waves binaural beats audio was studied at the Department of Electronic Engineering and Faculty of Engineering and Green Technology in Malaysia.

The results were published in The Official Journal of the Australasian College of Physical Scientists and Engineers in Medicine (1).

In this article, we'll look at how this study was designed, the results, and how reliable the data is. 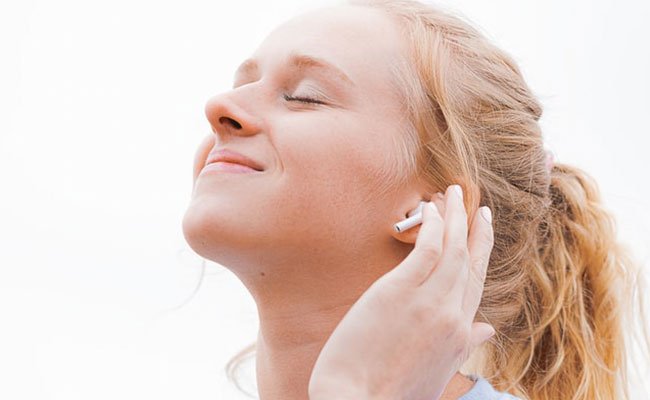 The study's goal was to measure the improvement of mood in 32 human subjects using audio to enhance Alpha brainwave activity.

The researchers used two types of music in the experiment:

Findings showed that in the first experiment the relaxing music (with binaural beats) had more of a soothing effect on the participants, both psychologically and physiologically.

However, using the ANOVA variance testing, which helps identity if the results are statistically significant, the effect of both the participant's favorite music and the relaxing music was not significant in changing the mean alpha absolute power and mean physiological measures (blood pressure and heart rate) at the significance level of 0.05.

This is to be expected, though, since 3 minutes is a short amount of time to expect a significant change in brainwave activity.

The second study is far more interesting and relates directly to way our users use our music.

In this study, the users listened to the Alpha waves binaural beats music for 30 minutes per day, for 14 days.

The results showed that the binaural beats music had a long-term psychological and physiological effect on “soothing (relaxing) the participants”.

This was observed from EEG readings, which showed an increase in Alpha power, and a decrease in physiological measures, which indicate when someone isn't relaxed.

Listening to the Alpha binaural beats music increased Alpha power significantly [F(2,12) = 11.5458 and p = 0.0016]. However, the researchers did not see a statistically significant reduction in physiological measures, which again was observed at the significance level of 0.05.

What Do These Results Mean?

In a nutshell, the study proved that Alpha waves binaural beats music relaxes you, both mentally and physically, when used for 30 minutes or more on a daily basis. However, the physical relaxation wasn't significantly different to that of the participant's favorite music.

This outcome is in line with what we would expect.

For deep physical relaxation, we would recommend Theta waves music, because Alpha tracks are better suited to relaxed, focussed attention, for getting into flow and focussing for peak performance.

So yes, the brain would relax listening to Alpha, but physically you'd still have the get up and go to perform a task at optimal level.

How Reliable is This Study?

Whenever we look at a study like this, there are a number of considerations as to whether it should be considered reliable.

The first consideration is whether or not a control group was used.

The gold standard for a very reliable study is called a double-blind study. In this type of study, neither the participants nor the experimenters know who is receiving a particular treatment.

In this Alpha waves study, there wasn't an option to have a control group or to conduct a double-blind study, because the objective was to measure one group's favorite music vs Alpha waves music.

However, testing A vs B, rather than simply listening to one form of music without any other data to compare it to, is preferable.

One flaw that should be considered here is the testing of the participant's favorite music vs. the Alpha waves music.

The favorite music may have varied considerably between participants, and we don't know how much variation there was.

Some music may have been upbeat, and other music soft and slow. A heavy rock track, for example, is by nature not going to be as soothing as the relaxing music, irrespective of the Alpha waves.

That said, what we can deduce from the study outcome is that the Alpha waves binaural beats music did relax the participants.

The authors of a study have to declare a conflict of interest when they submit the study for publication with a journal.

As we often see in nutrition-based, a conflict of interest can mean a study is purposefully designed to show a particular outcome, or may show bias.

For example: if a confectionary company conducted a study that showed excess chocolate was good for you to eat on a daily basis, you'd be right to consider that the conflict of interest may have had an impact on the study design and outcome.

In this study, no conflicts of interest were declared.

If a study is conducted with a very small number of people, the results are not going to be as reliable as they would be with a larger group, where more results can be collected and more data analyzed.

This study had 32 participants, which is a good, manageable size group for research of this nature. In similar studies we have seen groups as small as 8 people, so it was pleasing to see a group 4 times the size.

Observational studies are the least reliable because they rely on observing the effects on participants, or in asking participants to self-report their thoughts and feelings. This isn't very scientific because observation is open to bias.

Self-reporting via a questionnaire was one of the methods used to collect data in this binaural beats study. And while it is reasonable to trust someone to know if they feel more relaxed after listening to an audio recording, they may simply be suffering from a placebo effect influenced by the environment.

That being said, EEG measurements were taken to measure Alpha wave power, which is a scientifically reliable method of assessing change in brain activity.

The researchers also assessed the physical condition of the participants pre and post listening, which is again somewhat observational.

One positive aspect of this testing and data collection is that they used more than one method and a mixture of machine measurement, self-reporting via questionnaire, and observation of physical condition.

In summary, we can say that this study isn't perfect but is meaningful and interesting. It confirms commonly held views on Alpha wave entrainment and could be considered fairly reliable.