The short answer is no. Binaural beats are not dangerous for your health. There currently isn't any research that suggests listening affects your health in any way.

The effect on the brain as a result of listening to binaural beats occurs naturally. It is considered an auditory illusion, a false perception of sound.

Below we'll discuss how this works and exactly what happens inside your brain when listening to these frequencies. 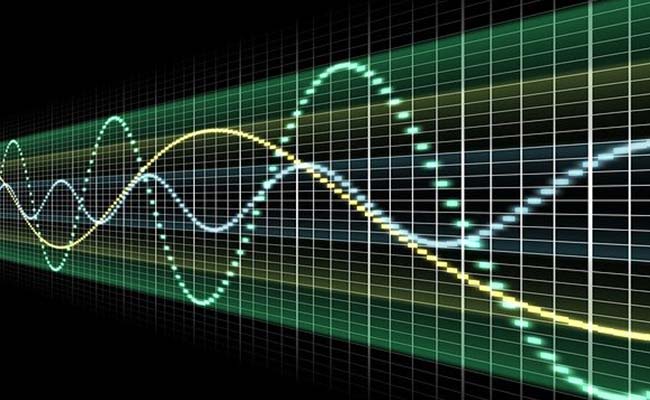 Listening to binaural beats is a form of brainwave entrainment. The process beings with specific frequencies sent to the ears through headphones. This encourages the brain to produce brainwaves at a particular frequency.

The brain hears two frequencies, one in the left ear and one in the right ear.

When these frequencies are received by the brain, it perceives a phantom frequency, or third tone. It's phantom because you don't hear it. It is perceived.

This phantom frequency is the mathematical difference between the tones sent to the left and right ears. So if those are 205 Hz and 210 HZ, the difference would be 10 Hz.

The brain would follow along at 10 Hz and produce brainwaves at this frequency.

What This Does to the Brain

The way the brain responds in this process is perfectly natural. Our brains are designed in this way.

The auditory phenomenon was discovered by a Prussian physicist and meteorologist named Heinrich Wilhelm Dove. Further research was conducted later on by biophysicist Doctor Gerald Oster , who documented more about the process and its potential use in the medical field.

You are not harming your brain when listening to binaural beats; you are encouraging the brain to move into a particular state, to produce a specific type of brainwave.

There are 5 main brain states we refer to when talking about brainwaves. They are as follows, with a few associated benefits in brackets:

It's important to note that you don't produce one type of brainwave at a time. If you were to take a snapshot of your brainwave patterns at any time you would see a cross section of different brainwaves.

However, it is usually the case that one state is more dominant than the others at a particular time. For example: when deeply relaxed, you are most likely producing an abundance of theta brainwaves.

So if we listen to a theta binaural beats track, we are encouraging the brain to produce brainwaves at this frequency, with the purpose of becoming relaxed.

Why It Isn't Dangerous

As humans, we are exposed to sound frequencies all the time. Many of us sit and listen to music with headphones on while we work for long period of time, exposing ourselves to frequencies of all different kinds.

Some people listen to dance music with rumbling bass-lines for hours, and others to music with soaring guitars. This all has an effect on the brain and changes the brain state, causing it to produce different brainwaves.

Humans hear sound waves made up of different frequency levels throughout the day. Sounds come from all directions of the natural world: from animals and the elements.

But not all frequencies are audible to humans. The human hearing threshold is limited, and generally cited as 20-20,000 Hz.

We are constantly exposed to inaudible frequencies through devices such as phones, microwaves, 4G/5G and WI-FI. There is some evidence that such frequencies may be harmful for health, but no such similar evidence for binaural beats (1).

How Binaural Beats Could Harm Your Health

There are a couple of ways listening to binaural beats could potentially harm your health. However, these would be caused by the user rather than the music itself.

As with any type of sound, exposure at a very loud volume could cause temporary or long term hearing damage.

This is because the overlay is usually ambient and meditative, using soft sounds and natural ambience. And when listened to without a music overlay, binaural beats generally sound like a low fidelity tone, a hum / vibrating sound.

Listening to any type of music for too long, particularly with headphones on, may cause some people a headache, and even the development of tinnitus (2).

If you stumble across any alarmist articles online suggesting that binaural beats are dangerous then you can pretty much be certain that the point of the misinformation is to divert your attention elsewhere.

There are numerous studies that back up the effectiveness of binaural beats and thousands of users to attest to the benefits.

You can listen to binaural beats responsibly by simply setting the volume to a moderate setting, and by limiting your daily use to 3 sessions or no more than an hour each a day.

This is not because listening to more than that will harm you, but because this is more than enough usage to witness change in your desired area. As previously mentioned, it is also advisable to not overuse headphones, and to not listen to music loudly for long periods of time.

There is no evidence that binaural beats are dangerous for your health. This is a naturally-occurring music therapy discovered 180 years ago; now widely used by meditators, therapists, and individuals all over the world.