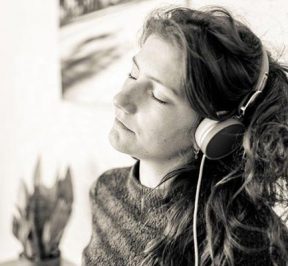 How Can Humans Hear Binaural Beats Below 20 Hz?

With brainwave entrainment music, brainwaves are not stimulated by the pitch (the sound), but by the frequency of the beat/tone; that is how often it cycles/vibrates per second.

Subsequently, the brain produces brainwaves at 6 Hz (cycles per second).

If you're still a little confused, let's look at this in further detail.

The human hearing range for most people falls in the commonly cited range of 20 Hz – 20 KHz.

Hearing ability varies from person to person, particularly in the higher frequency ranges.

However, in laboratory conditions a person may be able to hear sound as low as 12 Hz and as high as 28 Hz (1).

As we age, our hearing diminishes. Surprisingly this decline starts at the early age of 8.

It is possible that we have such acute hearing ability (in the higher ranges) at a young age to detect threats and cry/scream for protection from our parents/adults in the tribe.

Indeed, the bulk of the sound content your ears are most sensitive in music is in that 2,000 to 5,000 Hz range. But with good hearing you can still comfortably hear the bass down at 30 Hz and the percussion up at 10 KHz.

Brainwaves are generally categorized into slow, moderate, and fast waves. Brainwaves are produced by synchronized electrical pulses from masses of neurons communicating with each other (2).

These frequencies are below the normal range of human hearing.

So it makes sense that people often ask something along the lines of:

“How can my brain hear binaural beats at 6 Hz if humans can only hear above 20 Hz”?

The answer is that the resulting frequency, the binaural beat(s), is not something we hear.

Indeed, the science of binaural beats is actually an auditory illusion of sorts. It occurs inside the brain.

That said, if we had a binaural beat frequency of 25 Hz, we would be able to hear this.

Thing is, we can't listen to our own brainwaves. And can you imagine if we could?

It would be horrible listening to all those vibrations cycling around in our head all day.

However, with the help of an EEG machine we can record the signals of brainwaves and print them as audio files.

But the result isn't very interesting, and sounds like nothing more than an unimpressive low frequency rumble (3).

To create binaural beats, we take two sound frequencies – within your hearing range – and send one to each ear.

These are fairly low frequencies on the spectrum, akin to somewhere between the low end of a piano and the high end of a kick drum.

Listened to in stereo (with both earphones in), they sound like a tone, a humming sound of sorts.

This makes sense because they are quite low on the frequency spectrum and not far away from the area we'd expect to hear bass.

When the brain receives these two frequencies into the left and right auditory channels (your ears), it perceives a third tone/frequency based on the mathematical difference between the two, which in this case is 6 Hz.

The brain responds by producing brainwaves at this 6 Hz rate.

Now here's the important bit and, if you've understood the information so far then hopefully you have realized this: You won't actually hear this 6 Hz frequency.

The science happens inside the brain. The brainwaves aren't producing a sound for you to hear through your ears, they are simply cycling at 6 repetitions per second inside your brain.

In a nutshell: you don't hear the binaural beats. You hear the two frequencies sent to your left and right ears.

We can refer to these as the pitch frequencies, as these are sounds you can hear.

The brain receives these frequencies and then perceives a third frequency, which is the mathematical difference between the pitch frequencies.

This third frequency is not heard, but instead stimulates brainwave production at the same frequency.

So if it is a 5 Hz frequency, the brain follows along and produces brainwaves at 5 Hz.

And that's it. If you were previously concerned that your human hearing capacity would prevent you from benefiting from this form of brainwave entrainment, hopefully you now understand why it doesn't.