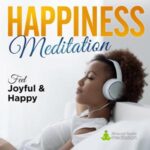 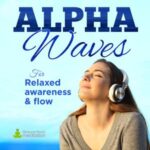 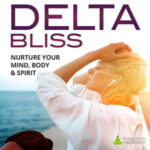 The Happiness Meditation elevates your mind to a joyful state, one where you feel positive and happy.

Where general meditation practice makes you feel relaxed and calm, the Happiness Meditation elevates this to a higher level and reinvigorates your zest for life.

Slip on your headphones and press play to access a state of energized happiness.

Of course, such statistics are linked to the economy, politics, and how positive people feel about their trajectory in life.

Because of this, our happiness tends to fluctuate based on external circumstances and how we think the future might pan out.

During difficult times, even when we meditate or engage in other relaxing things like reading or listening to music, it can be hard to get into that happy, positive mind frame that inspires us to be the best we can

And that's why we developed the Happiness Meditation!

About the Happiness Meditation

This results in a more joyful, upbeat mood that makes you feel excited to be alive.

Rather than simply feeling positive, this is a re-energized state that evokes a zest for life, one in which you are happy and motivated in the now and not allowing concerns of the future to dictate your mood.

The intention is to evoke a passion for life, to give you a similar feeling to that runner's high you get after a good jog or workout at the gym – that combined feeling of positivity and possibility that equates to overall happiness.

How to Use the Happiness Meditation

The Happiness Meditation is a wonderful ‘pick-me-up' that can be used whenever you want to adopt a happier mindset.

While you will feel relaxed, the Beta frequencies stimulate the brain so that post listening you will want to actively engage in positive, rewarding behaviors.

It is best to listen at the start or in the middle of your day, rather than in the evening – when it is better to listen to something that offers a calmer state for winding down.

You can listen to the track while you sit or lie down. You can also read or work at the computer while listening.

However, as with all our music, we advise that you don't drive or operate machinery while listening.

The track uses Beta frequencies between 15 and 21 Hz, a range associated with feelings of happiness and euphoria.

We work slowly up through this Beta range, spending approximately 4 minutes on each frequency and finishing at 21 Hz, leaving you in a state of joyful contentedness.

The Beta state is known as the state of focussed attention, of energy and action and problem solving. The higher up in the state you go, the more stimulated the brain and higher the level of cognitive ability.

The Happiness Meditation reaches approximately half way up into the Beta state, achieving a mental state that is joyous but emotionally balanced.

Additionally, we have tuned the instrumentation of the music to 396 Hz, a frequency taken from the ancient Solfeggio scale. This frequency is associated with removing negative emotions such as guilt, worry, and fear.