For the latter, you would be listening to a completely silent recording. You will not hear anything.

For some this can feel a little strange; thus the purpose of combining silent messaging with an audio track is to create something nice to listen to.

That's a quick overview for you. In the rest of this post we'll cover the subconscious mind, how subliminal audio messaging is created, how it can help you, and the evidence that shows its efficacy. 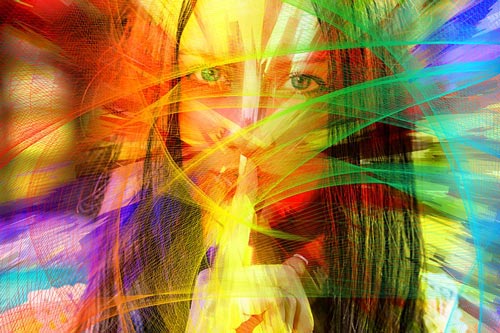 What is Subliminal Messaging?

A silent subliminal audio track is made up of voice recordings that are inaudible to the human ear.

These recordings are usually positive affirmations that target a particular problem area for the listener.

The subliminal messaging would contain positive statements designed to influence the subconscious mind in this area and change the listener's beliefs and subsequent behavioral responses.

The positive messaging is recorded using a microphone, as a normal voice would be.

The voice is then filtered above the threshold of human hearing. So the frequency information still exists (as sound, as vibrations) and is able to be received, it just isn't consciously heard. More on this later.

What is the Subconscious Mind?

The subconscious mind is like a huge database that stores your beliefs, your previous experience, your memories, and your skills.

Everything you have seen, done, and thought is also stored in there.

From a young age, you are soaking up information from the influences in your life and forming opinions and beliefs, which ultimately dictate how you behave, and in turn dictate your life outcomes.

What you believe to be true about yourself, your capabilities and potential, and your comfort zones that you dare not venture outside, are all a product of your subconscious mind.

There's a lot of positive stuff in this database too, but also a lot of negative stuff that holds us back in life and stops us fulfilling our potential.

Subliminal messaging helps bypasses the conscious mind, which has the capability to easily reject information, and gets directly to the database, where the positive reinforcement of new data can be installed.

With regular listening, the subconscious mind can be influenced and remapped. The result is a positive change in our everyday thoughts and actions.

How Can Subliminal Messaging Help Me?

Subliminal messaging is able to target all the common areas of self-improvement.

Naturally, people are skeptical. It’s a big ask for a listener to have faith in the effectiveness of a recording that they can’t actually hear.

To be clear: if there is no music overlay, the track will literally be silent. However, those with good hearing may hear occasional subtle high-pitched frequencies in the recording, similar to the sound of a cricket.

One advantage of this self-improvement tool is that no one else can hear what you are listening to. This is great for at home when you have other family members walking in and out of the room.

You can also listen over speakers or with headphones while you work, wash the dishes, and even while you sleep.

Moreover, you can get on with other tasks that require your attention without being distracted, while your brain is being subliminally entrained. 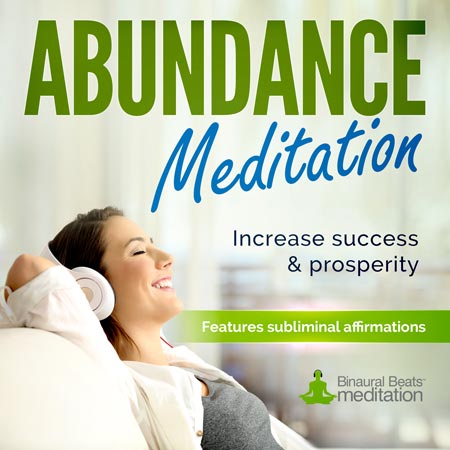 How Do Silent Subliminals Work?

We've covered this a tad, but here's a deeper explanation.

The messaging is usually recorded by a hypnotherapist or guided meditation teacher, but actually any professional voice artist could record the statements/positive affirmations.

Once recorded, the audible statements are then filtered by an audio engineer using EQ, so that the voice can no longer be heard within the range of human hearing.

The messaging is set at a level where the affirmations are able to vibrate the tympanic membrane of the ear. The subconscious mind is able to decipher these vibrations because they are the same vibrations that make up audible speech.

The commonly stated range of human hearing is 20 to 20,000 Hz. Under ideal laboratory conditions, humans can hear sound as low as 12 Hz and as high as 28 kHz, though the threshold increases sharply at 15 kHz in adults, corresponding to the last auditory channel of the cochlea (source).

Interestingly, some animals like dogs have better hearing and are able to hear a higher frequency range. Think of it like a silent dog whistle. Humans can't hear the high frequencies of this whistle but to dogs it is very loud.

In short: you unconsciously receive the original voice recording, and your subconscious mind decodes what is being said to receive the information.

How Do I Know the Recording isn’t Blank?

It would be pretty easy to sell fake silent subliminal recordings, considering that people can’t hear them. But there are three ways to make sure you haven’t been duped.

If you have good hearing, you should be able to hear some high-pitch cricket type sound I described earlier. This isn't foolproof though, as sometimes you just can't hear them. It can depend on how fresh your ears are that day, so try in the morning.

3. The last way to tell if the information in the track is there is to open the file in an audio editing program.

If you can't see the sound waves straight away, zoom in on the file and the sound waves should appear. The voice is usually set somewhere around -18 to -30 db, depending on the track. So you will need to zoom in a bit to see the information.

See the example below of the silent version of our Abundance Meditation.

This recording is silent when you listen to it, but you can still see the information (the sound waves) in the .wav file below. These are the positive affirmations (the voice recording).

Do Silent Subliminals Work for the Deaf?

Studies have shown that when listening to any form of brain entrainment, deaf people do feel the effects of the frequency response process.

This gives further credence to the theory that you don't need to hear frequencies to benefit from their effects.

A study conducted at the Medical College of Virginia in 1991 confirmed that just like those people with healthy hearing capabilities, deaf people can also enjoy the effects of subliminal messaging.

Both hearing and deaf people are able to understand words transmitted at high-frequency levels once thought to be outside the range of humans.

And because deaf people aren’t anticipating hearing sound in the recordings, subliminals may actually prove to be more effective for the deaf.

That said, deaf or able hearing people should not listen to silent subliminals at an excessively high volume. This is because the brain may perceive certain frequencies played too loud in the same way it does screaming and startling sounds, which can have an adverse effect.

Interestingly, you don’t need to hear binaural beats recordings for them to be effective either. We wrote about this previously in here.

Is There Evidence That Subliminal Messaging Works?

You might also be interested to know that subliminal messaging in any form is banned in Australia and Britain, with severe consequences for those who disobey the strict laws.

n the United States, The Federal Communications Commission will revoke a company's broadcast license if the use of “subliminal techniques” is proven. They state:

We sometimes receive complaints regarding the alleged use of subliminal techniques in radio and TV programming. Subliminal programming is designed to be perceived on a subconscious level only.

Regardless of whether it is effective, the use of subliminal perception is inconsistent with a station's obligation to serve the public interest because the broadcast is intended to be deceptive. (Federal Communications Commission Record, 2001)

Why would something be banned if it was deemed ineffective?

The reason is that in the past subliminal messaging in both audio and imagery form was used to manipulate the public.

It was used as a deceptive practice used to make people buy soft drinks, or indoctrinate the mind with an particular point of view.

For example, this case study looks at the ethics of stores using subliminal messaging to prevent shoplifters stealing. It worked!

Some department stores and supermarkets have inserted in their music and tracks the messages “Don't shoplift,” or “Don't steal.” Studies have shown that stores that use this device have a lower rate of shoplifting than comparable stores that do not use it.

This study from 1986 proved that subliminal messaging affected the imagery and the dreams of its subjects:

Based on the statistical data and certain drawings collected in this study, it would appear that the auditory subliminal message did have an effect upon the imagery and dreams of the subjects in the experimental group.

The results of this study appear to indicate that the unconscious/preconscious mind is able to perceive a recorded verbal message that cannot be consciously understood at the high rate of speed at which it was recorded.

Our findings add to a growing body of evidence suggesting that subliminal messages can be used to change our thoughts, attitudes, emotions, and actions. Subliminal stimulation was shown to influence current moods, political attitudes, intentions, choices and decisions, and cognitive strategies

Though the research also states:

However, little is known about the longevity of these subliminal influences because these studies were focused mainly on immediate effects of subliminal stimulation. Here, we demonstrate that a few exposures to novel subliminal information is sufficient to influence delayed decision-making.

The surprising impact of subliminal messages on rational, intentional, conscious behavior lends subliminal protocols to practical applications, of which advertising is just one example.

We have a number of products that combine our signature binaural beats technology with subliminal messaging.

With each product you also receive a 2-hour (silent) recording of the positive messaging, which can be listened to while you work or sleep.

This is a powerful combination.

On the one hand the binaural beats entrain the brain to produce brainwaves of a specific frequency, one that corresponds with a particular behavior such as reducing anxiety or improving focus.

And on the other, subliminal messaging communicates with the subconscious mind to change or wire in a particular behavior to the database.

We have a number of subliminal products available. The most popular are:

In addition to subliminal messaging, we also recognize the power of positive affirmations in an audible format that you can hear.

For this reason, all our subliminal messaging products come with an audible affirmations version too.

In this version you will hear the positive statements read out by a professional voiceover artist. We use the same artist to keep consistency throughout our products.

As noted, in the past there were cases where subliminal messaging was used to sway consumers and manipulate opinion. In the present day we can use this form of entrainment for good, to change our negative behaviors and overcome self-limiting beliefs.