This is a question that has come up numerous times.  And my wife used binaural beats during her pregnancy, so I thought I should clarify a few things for expectant parents who are concerned about this issue. 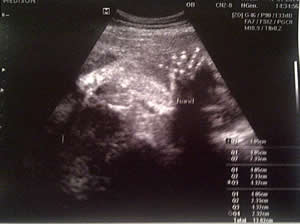 Straight off the bat, as per policy, we are unable to recommend our music to pregnant women.

We are also unable to recommend our music to those who suffer from seizures, or have a pacemaker.

While highly unlikely, the latter is understandable, because where seizures are concerned it is feasible that increasing or decreasing brainwave stimulation might trigger a seizure. For those with a pacemaker, changes in brain waves might change the heart rhythm.

But why exclude pregnant women?

Is It Safe to Listen to Binaural Beats During Pregnancy?

There is no evidence to suggest that listening to binaural beats is dangerous in any way. There has never been a documented case of a negatively affected pregnancy attributed to brainwave entrainment of any kind.

In fact, as someone with over 20 years experience in music production I'd say it's physically impossible for a fetus to be negatively affected in any way by a pregnant woman listening to binaural beats music.

Pregnant women are more likely to be at risk of miscarriage from exposure to WIFI, radio waves, 4G and 5G (1).

Overall, pregnant women who had higher MF (magnetic field) exposure during pregnancy (higher 3 quartiles) had a 48% greater risk of miscarriage than women who had lower MF exposure.

Binaural beats are just sound frequencies, like those you are exposed to in the natural world every single day. Though they are delivered in a more concentrated format. But then we find similar concentrations of other frequencies in normal music, so it is not unusual for the brain to be exposed to this.

The reason we don't recommend binaural beats to pregnant women is because from a legal standpoint we can't afford to risk being accused of something unrelated to our music.

Such is the world today, unfortunately.

As you can imagine: what if a woman were to listen to our music and then something unfortunate happened in her pregnancy and she became convinced it was due to our music?

We do not have clearance from the  Drug Administration (FDA) or any other regulated governing body to back us up in such a matter.

So in short, we need to protect ourselves against getting sued by a claim that a problem arose due to listening to our music. It's as simple as that.

> Learn How Our Music Works Here

How My Wife Used Binaural Beats While Pregnant

My wife has been listening to Theta and Alpha binaural beats meditations during her pregnancy to relax her back and shoulder muscles and help her mental balance amidst the flurry of unpredictable hormones.

The 7-month (6 months 2 and a half weeks to be exact) scan image above shows a healthy baby of just over 1kg; 800g+ being a healthy weight.

The doctor was very pleased with the health of my wife, too, and said she had good blood pressure and healthy lungs.

My wife was 35 when she gave birth. Our baby girl was born at a healthy 8lbs. She loves music too. I'll take credit for that!

In my opinion the binaural beats meditations did her the world of good. Relaxation can't be a bad thing. A reduction is stress and anxiety and better sleep is valuable during pregnancy.

But still, we must not recommend that pregnant women use our recordings, because even though I'd recommend them for my own family, as a professional vendor, I cannot do so for my customers.

If you decide to make the personal choice that you do want to follow my wife's lead and listen while you're pregnant, stick to the aforementioned frequency range tracks (Alpha and Theta). Delta will be fine too.

I would avoid Beta and Gamma waves though, as these promote high-level brainwave stimulation.

If you do make the choice to listen to any form of brainwave entrainment music while pregnant you should consult your physician first.

If your doctor hasn't heard of this type of music, you can explain what it does and even refer your doctor to this website. Your doctor can then give you his/her opinion and you can make a decision from there.

Simply put, binaural beats encourage the brain to produce brainwaves in a specific frequency range through entrainment, by way of  a process called “frequency following response”.

This is a natural bodily reaction and something humans have been exposed to for centuries, be that through drumming or chanting.

The influence of frequencies are all around us. Our brains are constantly influenced by music and sounds we hear in the natural environment and the industrial one we have created.

Listening to a binaural beats track simply delivers frequencies at close range and in continuity to entrain the brain to positive states of being, such as relaxation or focus. I would argue that it is scientifically impossible that listening could harm an unborn baby.

> Visit Our Store to Shop for Music