Record numbers of adults and children are being diagnosed with ADHD and ADD, a condition typically characterized by inattention, impulsiveness and hyperactivity.

Diagnosis in children is common, whereas diagnosis in adulthood is often problematic because the condition requires a childhood onset – meaning that just because you have symptoms in adulthood doesn't mean you have ADHD.

Also problematic is that there isn't a clinical test for ADHD. If you have symptoms, and tick enough of the boxes, so to speak, you will receive a diagnosis. This can lead to misdiagnosis and unnecessary prescription meditation.

With 11 percent of school-age children having now received a diagnosis of ADHD, it's no wonder many parents are seeking a second opinion and alternative holistic route over having to administer drugs such as Ritalin, Adderall, Dexedrine, Strateera or Daytrana to their children each day.

Moreover, for adults with busy work schedules and families to take care of, common side effects of ADHD medications like headaches, upset stomach, dizziness, mood swings and high blood pressure often appear worse than dealing with the symptoms themselves. 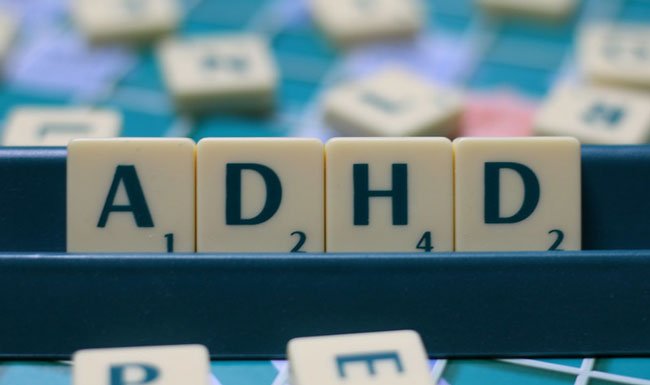 Could Brainwave Studies Be the Answer?

ADHD is diagnosed based on behavioral symptoms that impair functioning.

Historically, the American Academy of Pediatrics (AAP) has stated that no diagnostic test should be routinely used when evaluating a child for ADHD.

But opinion is changing. And quantitative EEG (QEEG) tests may be the answer.

For those that don't know: a quantitative electroencephalogram (qEEG) test analyzes the electrical activity of your brain to measure and display patterns that may correspond to cognitive deficits, e.g. deficits causing ADHD symptoms.

Attention Research studies have found that many individuals with ADHD show a pattern of brain electrical activity referred to as “cortical slowing”.

This is characterized by an elevation of low frequency theta waves and a reduction of higher frequency beta waves in the prefrontal cortex.

While not 100% accurate, testing results are compelling, as outlined here.

But as we will explore in the next section, it really is important that you know for sure that it is indeed cortical slowing that is causing your inability to focus.

Why? Because if you are self-diagnosing, or being told you have ADHD, without getting an EEG test, and you begin entraining your brain with high levels of concentrated beta waves, particularly in the +20 Hertz range, you could make your symptoms worse.

You may actually be suffering from an anxiety-related condition, in which case theta wave entrainment would be better suited.

The short answer is yes: Because whatever brainwave activity you are lacking can potentially be stimulated through the use of brainwave entrainment using binaural beats.

However, knowing what waves you might be deficient in is key to seeing results.

For those who have difficulty concentrating and experience low productivity levels due to hyperactivity and anxiety, theta and alpha wave frequency entrainment will help reduce anxiety and improve focus.

For this same group of people, beta wave frequency entrainment may exacerbate symptoms of anxiety and lack of focus.

This correlates with our general understanding of how people respond to brainwave entrainment.

Generally we recommend theta waves for relaxation and meditation, alpha waves for focus, and beta and low gamma frequency music for memory enhancement.

We are cautious about recommending beta recordings to anyone who suffers from anxiety or hyperactivity, because even in non-sufferers, concentrated beta and gamma wave entrainment can cause high-level stimulation that may make a person feel anxious and fidgety.

In terms of ADHD, however; research suggests it is most likely higher level frequencies that will assist in helping ADHD sufferers maintain concentration (1).

Frequencies in the lower gamma range – like our Memory Enhancer track, which is set at 40 Hertz (the same frequency used in the study below) – may be beneficial.

High-frequency binaural beats did have a significant impact on the global precedence effect: the precedence effect became smaller, suggesting that visual attention became more focused than in the control condition.

A possible explanation of how high-frequency binaural beats might enhance attentional focus could mean that listening to gamma binaural beats entrains gamma band activity in the brain. 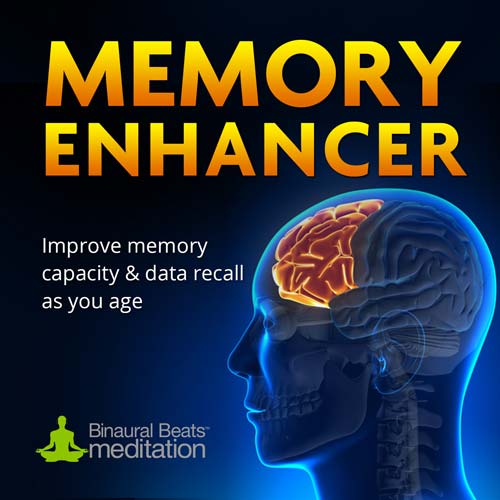 It is common, especially for children, to express signs of impulsiveness, hyperactivity and inattentiveness; kids do go through such phases.

Similarly, stress, poor diet, and sleeplessness can also cause the same symptoms in adults.

Therefore it is entirely possible for a child or an adult to be told they have ADHD without a physician truly knowing if that is really the case.

The diagnosis works on the basis that if your symptoms are reduced on the medication then you do have ADHD.

However, researchers now know that the same medication improves concentration and productivity in adults without ADHD, making diagnosis somewhat problematic.

Quite simply, due to the stresses of modern life, many of us experience symptoms that mirror those of ADHD sufferers from time to time, such as:

In light of this, if you suspect you have ADHD, it is certainly worth trying brainwave entrainment over the course of a couple of weeks to see if you can improve your symptoms without taking medication.

Brainwave entrainment, such as binaural beats, can be used to create a better balance in the frontal areas of the brain; the areas that control impulsive actions, judgment, and social cues.

If our music does not help, you should consult a doctor.

At the same time, we also recommend that if you are diagnosed with ADHD, then you request an EEG test to determine if you are suffering from cortical slowing or any other brainwave deficiency.

If you definitely do have ADHD but the symptoms are fairly mild, you may be able to treat them with binaural beats. However, if the symptoms are more serious then perhaps a combination of the two will be a more appropriate solution.

If you haven't been diagnosed but think you are a mild sufferer, or have been told that you might have ADHD – which is common for adults who weren't diagnosed in childhood – you will want to try some of the recommendations below to see how you get on.

Enhancing your treatment with binaural beats can be a positive thing, but for those with severe symptoms it is best to first consult your physician.

Regular use of brainwave entrainment may be able to reduce the amount of medication you need to take going forward.

For those with cortical slowing, we recommend beta and gamma wave entrainment.

For those without a diagnosis of cortical slowing but struggling with symptoms similar to those of ADHD sufferers, we recommend theta wave entrainment.