It is no secret that artists and writers have been using music to induce creativity for centuries.

Whether we paint, write, make music, or code, we all have a favorite playlist to get our creative juices flowing.

A writer writing a dark novel might choose some down-tempo music to encourage characters to come to life, while a painter might choose some nature-inspired sounds to help the creative mind take over the brush.

So why is music such a powerful assistant in the creative process? 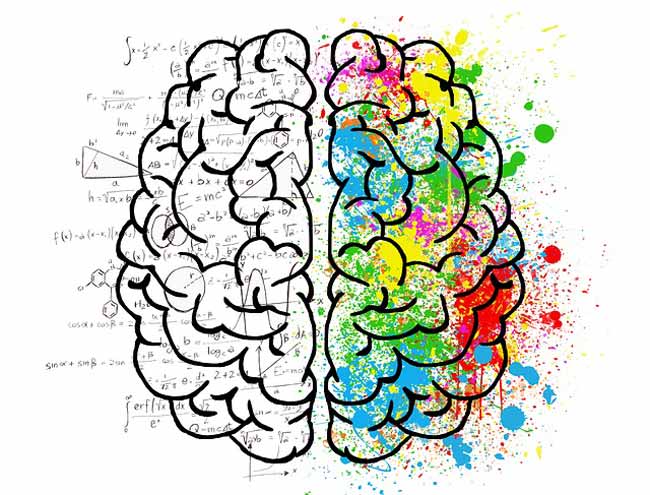 Music stimulates the brain through sound frequencies. Sound stimulates neurons in the brain and causes hormonal responses in the body.

The goal of a piece of music is to stimulate the listener in a particular way.

Musicians and sound engineers design music with the purpose of creating a specific response from the brain, be that deep relaxation, high-energy, or a melancholy vibe.

Music has the ability to take the brain on a journey that invokes different thoughts and emotions. And it is all down to frequencies; because all sound is made up of frequencies.

The brain receives a specific frequency through the left and right channels (ears) and follows along at the mathematical difference between the two, which is often referred to as a third frequency. For a more detailed explanation on this process go here.

The brain reacts in the same way to the rhythm of a drum beat, or chanting; disciplines that ancient tribes have historically used to access states of higher consciousness.

By targeting different frequency states, such as Delta, Theta, Alpha, and Beta, we can move the brain into different states (brain states). And this is how binaural beats are able to affect creative output.

Divergent thinking is a thought process or method used to generate creative ideas by exploring many possible solutions (1).

This is the type of thinking required for problem solving, for creating visuals, music and any type of artistry.

In 2013, 24 first-year psychology studies students (22 female, 2 male; 17–25 years) of Leiden University took part in a controlled study to test the impact of binaural beats on creativity.

While the sound file continued to play, participants then carried out the creativity tasks using pencil and paper. At the beginning and end of the session participants’ positive (PA) and negative affect (NA) was measured using the Positive And Negative Affect Scale—mood State questionnaire (PANAS-S), to assess possible mood changes over the session.

To track possible changes in mood valence and arousal during the session, participants were also asked to rate their current mood on an affect grid immediately after completing each task (2).

Because divergent thinking appears to be associated with alpha wave synchronization (3, 4) the study used Alpha waves at 10 Hz and Gamma wave binaural beats at 40 Hz to test their hypothesis.

The results show that the divergent thinking improved for those listening to the alpha binaural beats.

Results showed that binaural beats, regardless of the presented frequency, can affect divergent but not convergent thinking.

Convergent thinking generally means the ability to give the “correct” answer to standard questions that do not require significant creativity (5).

Indeed, a study in 2012 by the Institute for Psychological Research and Leiden Institute for Brain and Cognition, Leiden University, Netherlands discovered the following:

Second, FA meditation does not sustain convergent thinking, the process of generating one possible solution to a particular problem.

We suggest that the enhancement of positive mood induced by meditating has boosted the effect in the first case and counteracted in the second case (6). 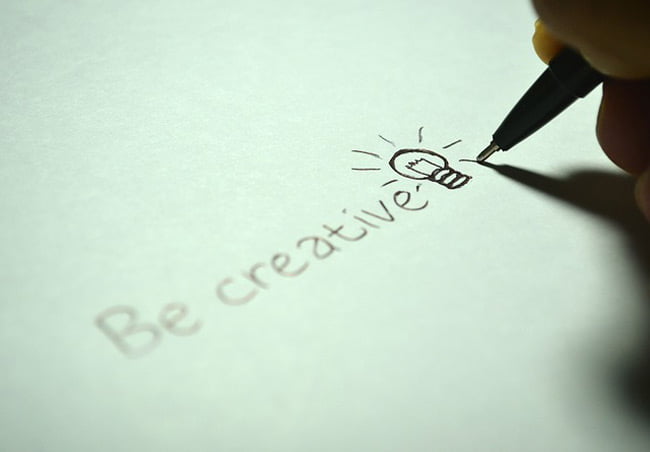 Why Mood Affects Creativity & How Binaural Beats Can Help

Any artist will tell you that mood deeply affects creative output. We've all heard of famous musicians and actors who have gone into stages of depression and withdrawn from their work.

On a smaller scale, the challenges of everyday life that affect our mood can block creative flow. Additionally, many creative individuals suffer anxiety.

A study at the University of Bergen, Norway, in 1998, examined the effects of positive and negative mood on divergent-thinking (the creative type of thinking we discussed above).

Almost two hundred arts and psychology students participated in the study, first by measuring their moods with an adjective checklist before performing the required tasks.

The results showed a clear distinction in performance between those with a self-reported positive versus negative mood:

Results showed natural positive mood to facilitate significantly task performance and negative mood to inhibit it. The results suggest that persons in elevated moods may prefer satisfying strategies, which would lead to a higher number of proposed solutions. Persons in a negative mood may choose optimizing strategies and be more concerned with the quality of their ideas, which is detrimental to performance on this kind of task (7).

So if you are lacking creative vision, it may be to do with a negatively affected mood.

Fortunately, not only can binaural beats help stimulate divergent thinking, but can also improve mood.

In a blind, controlled study conducted in 1998,  results found that binaural beats can affect psychomotor performance and mood (8).

The beta-frequency beats were associated with less negative mood. Results suggest that the presentation of binaural auditory beats can affect psychomotor performance and mood. This technology may have applications for the control of attention and arousal and the enhancement of human performance.

You may have heard binaural beats referred to as digital drug, because of the audio's ability to manipulate brain state and potentially induce a very deep relaxation – similar to that of marijuana, perhaps.

Indeed, many of those who work in the creative industries use marijuana as a way to stimulate the creative mind and access higher consciousness.

But not everyone wants to engage in this practice, and there is considerable evidence that doing so over a prolonged period can damage your health (9).

Working in the creative industries can be problematic because it is difficult to produce work on demand in the same way you would with rote tasks in an office environment.

Artistic endeavor is greatly affected by external circumstances such as the everyday worries and stresses of life. This can thwart creative flow and access to the creative mind.

Using binaural beats, as opposed to stimulants such as marijuana or caffeinated drinks, presents the option of a natural music therapy that has the ability to stimulate the creative mind and help you enter a state of divergent thinking.

Traditional meditation practice can also do the same, and doing either or before you start your creative task, or listening to binaural beats music during your creative endeavor, will help you open your creative neuro pathways.

If you are a writer, poet, musician, songwriter, painter, designer, coder, or anyone working on a project that requires the stimulation of ideas, then it is worthwhile trying binaural beats for creativity.