These feelings of wellbeing, contentment and happiness can be represented — strangely enough — by a combination of geometric shapes: a hexagon connected to a pentagon with three branches. 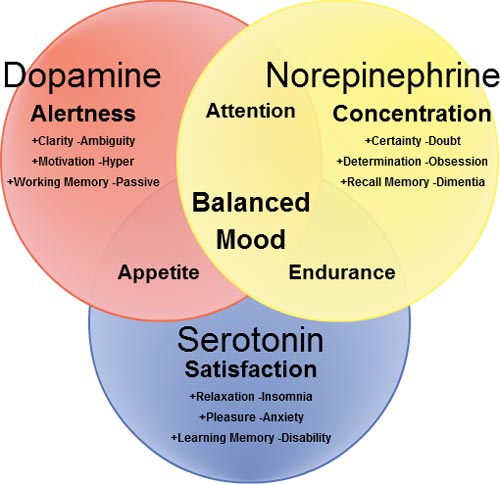 Serotonin is known as ‘the happy molecule’ and it is a neurotransmitter, as well as a hormone.

It is created in the gut and also in the brain. It is a 5-hydroxytryptamine (don't waste mental space trying to remember that word) found in the central and peripheral nervous system.

The molecule is derived from tryptophan — yes, that amino acid that makes you sleepy.

What Does Serotonin Do?

Serotonin is known as the ‘happy molecule’ for a specific reason: it plays an enormous role in regulating mood and promoting positive feelings, in addition to supporting good brain function, and mental cognition and stability.

Since 95% of Serotonin molecules are created in the intestines, scientists believe that is a solid connection between the gut, the brain, and this ‘happiness molecule.’

You see, serotonin taken orally does not pass into the pathways of the central nervous system, because it does not cross the blood-brain barrier.

However, tryptophan and its metabolite 5-hydroxytryptophan (5-HTP), from which serotonin is synthesized, does. That's why people take these agents as supplements – to try and increase serotonin production in the brain.

But there are a number of natural ways to increase the release of serotonin in the brain, which we will get to in a bit.

First let's explore what happens when you are serotonin deficient.

Serotonin — and the lack thereof — creates noticeable effects on the body and on the mind.

Symptoms of deficiency include:

It is interesting to note that women and men experience serotonin deficiency differently.

For example, women are more inclined to experience mood disorders, anxiety, and symptoms of depression.

Science suggests that women are more likely to overeat on carbohydrates, leading to weight gain and an attempt to ‘self-medicate’ as a way to raise serotonin levels through their own power.

On the other hand, science shows that Men’s serotonin deficiencies manifest as impulse control disorders, disorders such as ADHD, and addictions such as alcoholism.

A decrease in serotonin can also affect your quality of life and your length of life.

A decrease in the molecule can lead to increased rates of heart disease, Alzheimer’s, dementia, asthma, fibromyalgia, and migraines, as well as irritable bowel syndrome, anxiety, insomnia and depression.

A lack of serotonin can play a large role in anxiety, though these two issues can occur unrelated to depression.

Researchers have found that if a patient’s anxiety is accompanied by depression, that the depression is caused by a lack of serotonin, not dopamine.

A lack of dopamine results in a depression that is commonly accompanied by a feeling of lethargy.

Anxiety related disorders can be treated with SSRIs.

For those struggling with sleep issues (insomnia or the inability to fall and stay asleep) can also be attributed to faltering serotonin levels. Interestingly, serotonin is used to make melatonin, the hormone responsible for sleep regulation.

SAD is the acronym for Seasonal affective disorder, which occurs when an individual experiences fluctuations in energy and feelings of depression, usually during seasons when the light is brief and the days are shorter.

Those who experience SAD during the winter months generally eat more carbohydrates, which increase their serotonin levels and improves their mood and lessens their anxiety, although light therapy is generally a better way to deal with the issue. 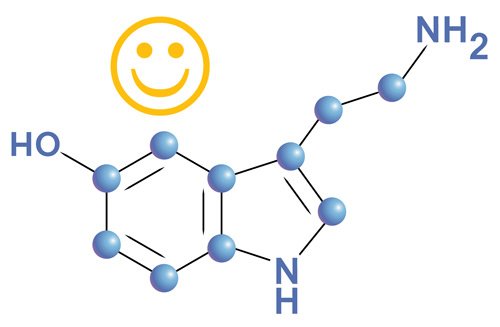 Obtaining serotonin through foods is one of the best way to boost natural levels.

Those wishing to increase serotonin levels in the brain can also eat foods that contain tryptophan (found in many protein sources) and also dark chocolate, green tea, fermented foods and turmeric.

2. Increase Your Intake of Plant-Based Foods:

Contrary to popular belief, the consumption of animal foods may actually decrease tryptophan levels in the brain.

Carbohydrates, on the other hand, can boost transport across the blood-brain barrier, which has been used to explain premenstrual cravings.

Recent research has proven that arachidonic acid in animal proteins may contribute to inflammation in the body and subsequent bad moods.

Plant fiber itself contains serotonin, making plant-based diets a better way to naturally boost the molecules in the body.

According to recent research, vegans might actually have an increased ability to convert tryptophan to serotonin, and interestingly, depression is more prevalent in those that have lactose (dairy) intolerance.

Undigested lactose could prevent tryptophan metabolism and hamper serotonin levels. So try swapping your cow milk for soy milk or other plant-based milk.

Scientists are still exploring the relationship between treating and improving a population’s mental health through the increase in dietary tryptophan.

Physical exercise increases brain chemicals that improve serotonin levels and feelings of happiness. Exercise is particularly effective if it is done outdoors, as this increases vitality and self-esteem, while combatting tension, fatigue and symptoms of depression.

Studies have shown that treating mild clinical depression with exercise (as opposed to antidepressants) is quite effective with aerobic exercise: exercise is associated with an ‘increase in plasma tryptophan,’ as well as a ‘decrease in the branched amino acids’ that inhibit tryptophan to the brain.

One reason outdoor exercise is so effective is because sunlight helps boost serotonin through the increased production of Vitamin D, which is spurred by sunlight.

It can also reduce melatonin drastically. Studies have shown that some scientists believe we are living in a ‘bright-light deprived society,’ leading to the admission that serotonin levels might be of more concern than previously anticipated.

6. Get Your Hands in Some Soil:

The benefits of nature on serotonin is reflected in research that has proven that soil can improve the production of the molecule. Antidepressant microbes in soil cause cytokine levels to rise, which results in the production of higher levels of serotonin.

In a study, the bacterium was tested both by injection and ingestion on rats, and the results were increased cognitive ability, lower stress and better concentration on tasks than a control group.

Studies show that the rhythmic stimulation of music promotes the release of endorphins, dopamine and serotonin, affecting brain chemistry and resulting in stress reduction and mood elevation.

Using Alpha frequencies at 10 Herts – a known mood-elevating frequency associated with the release of serotonin – our Serotonin Boost meditation combines the benefits of meditation and rhythmic stimulation to naturally boost serotonin production.

One of the most important factors in increasing serotonin levels is to reduce stress.

Serotonin has a huge role in regulating mood, but thoughts also impact the levels of serotonin in the body. Therefore, stress management is a huge tenant in improving quality of life. This is an enormous consideration, especially in today’s fast-paced environment.

Reducing stress may be easier said than done, but one of the most effective techniques associated with thought-control is meditation.

Deep breathing, relaxation and focus exercises can increase the body and mind’s ability to handle stress and can also raise serotonin levels.

In a recent study of pregnant women who reported depression, those who received massages twice a week for four months had a serotonin increase of 30%.

This effect was mirrored in newborn babies, who were similarly massaged twice a week and who experienced a jump in serotonin that was quantified at 34%.

This relation between massage and increased serotonin was also recorded in breast cancer patients.

Though it may seem counter-intuitive, researchers have found that in rats, coffee both increases the amount of brain serotonin and makes the brain more sensitive to the effects of that serotonin, which is great news for serial coffee drinkers.

A similar effect was observed when these test animals were fed caffeine or tea.

If you’re still struggling with producing adequate serotonin, you may want to try serotonin supplementation, which comes in many forms: vitamins, herbs, boosters, you name it.

The most frequently used supplements include the amino acids: tryptophan and 5-HTP.

While you may think that supplementing with tryptophan rich foods is an effective route, it can get tricky because consuming protein may also decrease the production levels of tryptophan and serotonin. Therefore, direct supplementation may be more effective.
In addition, 5-HTP as a supplement is a great way to receive both serotonin and melatonin.

This is potentially a good choice for those with insomnia, though patients should note that it shouldn’t be mixed with SSRIs or other medication for depression.

We would, however, recommend trying meditation, music, exercise and sunlight before taking supplements. Natural is always preferable, where possible. 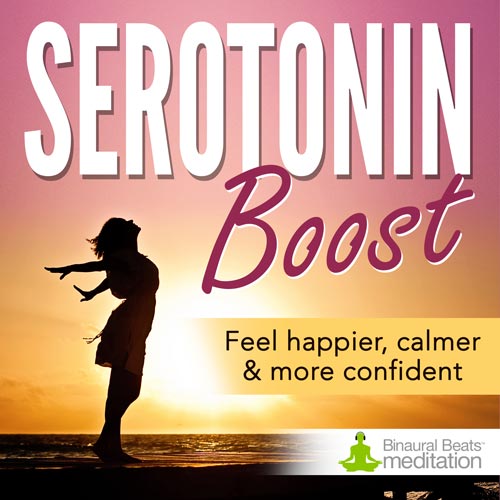