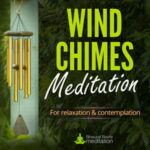 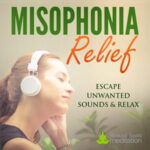 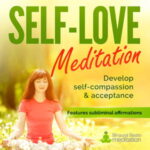 Wind chimes have been around for thousands of years, creating meditative spaces all around the world. They inspire peace and harmony in our busy lives, providing a sanctuary for relaxation and contemplation.

Our Wind Chimes Meditation combines the serenity of this melodious instrument with gentle breeze, natural ambience and Theta sound waves for a deeply relaxing listening experience.

Historians estimate that wind chimes have been in use for approximately 5,000 years. Evidence of use in South East Asia dates back to around 3,000 B.C., with early forms made of bone, wood, seashells or bamboo.

The Romans hung bronze wind chimes in gardens and courtyards, as it was believed the chiming repelled malevolent spirits. The chimes were often combined with a phallus, a symbol of good fortune and a charm against the evil eye.

During the second century (CE), wind chimes and bells were used in temple settings in both India and China. They were hung on pagodas, temples and shrines, where the slightest breeze caused a melodious, meditative tinkling. Chimes were also used to protect crops from birds and other animals, and as warning signals for extreme changes in weather.

Across Southeastern Asia, bells are thought to promote peace and good health. In Buddhism, bells are a critical “part of honoring the Three Jewels or Three Treasures;” the Buddha, the Dharma, and the Sangha (Naillon). Ringing a bell before prayer or during meditation is meant to “call for the protection of the heavenly deities” and also to focus the mind on the task at hand (Naillon) (Source: Mclerranjournal)

In the 1800's, wind chimes began to spread around the world, first from China to Japan and then to the west. People all over the world became increasingly interested in this soothing sound that creates a meditative atmosphere of peace and calm, one that is said to have a positive effect on energy and mood (Feng Shui).

A set of wind chimes comprises tubes of varying lengths, suspended in a circle by string or wire. When the wind blows, the tubes bump into an object in the center, known as a clapper, and against one another.

The collisions cause vibrations that travel along the length of the tubes. This produces sound waves at different pitches. The variance in wind pressure creates different melodies. The length and material of the tubes also affects the tone of the sound produced.

Modern wind chimes are made from metals such as aluminum and copper. There are also versions made from glass, bamboo and pottery. Metal wind chimes tend to provide the longest, loudest and most meditative sounds, which is why we chose to use them in our Wind Chimes Meditation.

Relax with Our Wind Chimes Meditation

Wind chimes are used the world over to create peaceful, meditative spaces. The sensation of tinkling and chiming as a gentle breeze passes through the dangling bells evokes a deep sense of calm.

Our Wind Chimes Meditation combines the sound of metal wind chimes and wind bells with a gentle breeze and natural ambience.

Theta waves (at 4.9 Hz) play under the soothing soundscape, designed to entrain the mind to a deeply relaxed, introspective, meditative state.

Additionally, the composition is tuned to 963 Hz, a frequency taken from the ancient solfeggio scale that is said to connect us with the perfection of the universe, allowing us to tap into the Oneness that permeates everything that is and will be.

Wind chimes inspire peace and harmony in our busy lives, providing space for deep reflection and relaxation. Now you can access this sanctuary of serenity at the touch of a button. All you have to do is put on your headphones and press play.