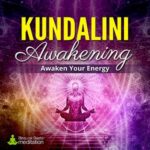 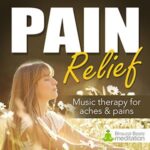 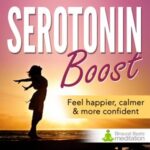 Awaken your Kundalini energy and experience a universal connectivity and transcendent awareness like no other.

Our Kundalini music stimulates and releases the primal (shakti) energy coiled in the bottom of your spine, leading you towards a self-awakening that brings with it wisdom, love, contentment, positive direction and acceptance of self.

Kundalini Awakening can be used in conjunction with Kundalini yoga or meditation practice.

Kundalini energy lives in us all, but sleeps curled like a snake near the bottom of the spine until it is awoken.

When awoken, it climbs the spine, invigorating the chakras with its energy and awakening a new level of expanded consciousness that brings with it feelings of bliss, infinite love, universal connectivity and transcendent awareness.

In essence, it is an awakening of the true self, the beginning of a journey of self-discovery that frees us from mental boundaries and limitations. It is the source from which all creativity, knowledge and personal power emanates from.

Once awakened, the idea is to embrace the energy, to nurture, cultivate and grow into its calling.

This cultivation is continued through the practice of Kundalini yoga and meditation, which helps to stimulate the energy's flow through the body and raise its vibration.

The associated benefits of Kundalini are many, but generally people report greater vitality and wellbeing, increased abundance of opportunity and rewarding social encounters, and increased sexual energy.

About Our Kundalini Music

Kundalini yoga and meditation have been taught in ashrams and Tantric school for centuries as a way to stimulate the release of Kundalini.  Now, from the comfort of your own home, you too can stimulate and awaken your own energy.

Kundalini Awakening combines transcendental ambient music with soundwaves that resonate at 55 Hertz (Hz) – the frequency at which experts agree Kundalini energy is stimulated.

This frequency produces Gamma waves, which correlates with a 2010 study by researchers Jürgen Fell, Nikolai Axmacher, and Sven Haupt.

They found that advanced meditators (those who have practiced for years or decades) showed an increase in production of high-frequency gamma waves compared with novice and moderately experienced meditators.

Most interesting though is that their gamma wave readings are also higher when they aren’t meditating. This suggests that there is something fundamentally different about how advanced meditators experience the world, both during meditation and everyday activities. It suggests that they are operating at a level of higher consciousness, and that they are more “awakened”.

Our Kundalini meditation stimulates your Kundalini energy by encouraging your brain to produce gamma waves, like the meditators in the aforementioned study.

To add a further dynamic to the music, conducive to awakening Kundalini, we have tuned the instrumentation to 852 Hz, which on the ancient Solfeggio scale is the frequency for awakening intuition and returning to spiritual order.

To get started: find a quiet place to sit, ideally in the traditional (lotus) meditation position. Turn off distractions such as the television or your phone. Now slip on your headphones and press play.

To begin, start with slow, deep breathing: in through your nose and out through your mouth.  You can also listen to the music while practicing Yoga, either Kundalini or other.

As the Kundalini music progresses, you will feel the activation start to begin (usually between 3-5 minutes in). You will feel lighter, and a sense of expansiveness and inner harmony will begin to consume you as it works its way up through your body.

Through meditation, prayer and music, the capacity to intensify and raise energy in the body has been explored for thousands of years. This energy leads the practitioner toward a self-awakening that brings with it wisdom, love, contentment, positive direction and acceptance of self.

*Please note: There may be physical symptoms associated with awakening Kundalini that may some find unnerving: These include but are not limited to involuntary jerks, shaking, tingling, crawling sensations, energy rushes or feelings of electricity circulating the body, sensitivity to light, sound, and touch, and trance-like and altered states of consciousness. We recommend that this recording is used in the morning or early afternoon, and not before bedtime as it may cause high-level wakefulness.