The effects of binaural beats on the brain continue to be studied, and have become increasingly popular among those seeking benefits similar to that of meditation, i.e. deep relaxation, better focus, improved sleep, and lower levels of anxiety.

Delta waves are the slowest frequency waves, and the waves become faster as we move up through the states.

In this post, we will look at Beta binaural beats and the benefit of using tracks within this frequency range to entrain the brain to produces brainwaves in this state. 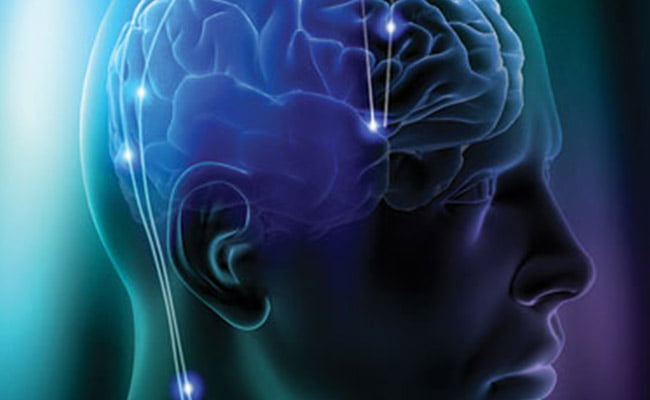 Beta waves are our dominant brainwave pattern during waking hours.

The Beta state operates between 14-30 Hz (some sources may cite a slightly different range).

Our cognitive function frequency range runs between 12 and 38 Hz; thus our waking, active brainwave blueprint will be largely dominated by Beta waves.

Beta waves are the fastest of the 4 main brain states, as mentioned above. So when we are aroused and engaged in mentally challenging activities, we can say we are in a Beta state.

In terms of brainwave entrainment, it is important to note that there is what one would consider low Beta and high Beta, towards the low and high ends of the spectrum.

If your brain is producing an abundance of brainwaves at 15 Hz, these are much slower waves than Beta waves at 28 Hz.

Beta binaural beats work by encouraging (entraining) the brain to produce Beta brainwaves at a specific frequency or within a frequency range.

When you listen to a track designed for Beta entrainment, your brain will follow along (frequency following response) with the track and produce more Beta waves.

So why is this useful? Let's look at some use case.

Examples of the Beta State

Beta is synonymous with energy and action. For example: when you are having an active conversation, like a debate, your brain is likely to be producing an abundance of Beta waves.

The Beta state is characteristic of a strongly engaged mind. A teacher, radio show host, or person engaged in complex problem solving would likely be in a “Beta state”.

Generally speaking, the more complex the cognitive process, the higher the frequency of the Beta brainwaves.

The following states are associated with Beta:

Some days we find it difficult to wake up, mentally and physically. Perhaps we've had a late night, or the weather is dragging us down.

On such days, a pick-me-up Beta track like Energy Express can help shake off that funk and get us into the active Beta zone, where we are able to perform more optimally.

To improve high level cognition, learning and analytical thinking, our Super Brain Power program is a popular choice among students, analysts and those who want to improve information recall and retention.

The positive impact of Beta frequency binaural beats on learning has been documented in a number of studies.

In this study, 50 college students randomly assigned with a double-blind methodology to the control or experimental groups.

The experimental group listened to the same music with binaural-beat audio signals bedded under the music.

The results indicate that beta frequency binaural-beat audio signals are an effective method for facilitating simple free recall memory, ability to attend, and the ability to persevere at routine motor tasks (2).

A second study set out to determine the effect of Beta binaural beats on long-term memory.

32 participants were kept blind to the goal of the study and performed both the free recall and recognition tasks after being exposed to the binaural beats, either in the Beta (20 Hz) or Theta (5 Hz) frequency bands. White noise was used as a control condition.

The results were positive in favor of the Beta binaural beats:

These findings indicate that the presentation of binaural auditory beats can affect long-term memory both positively and negatively, depending on the frequency used (3).

A third study compared the effects of binaural beats in the Beta and Theta/Delta frequency ranges. The study used 32 participants to test mood and performance of a vigilance task to investigate their effects on subjective and objective measures of arousal.

The participants performed a 30-minute visual vigilance task on three different days while listening to simple tones or binaural beats either in the Beta range (16 and 24 Hz) or the Theta/Delta range (1.5 and 4 Hz). In order to prevent bias, the participants did not know which they were listening to.

The results showed that the participants performed best when listening to Beta binaural beats:

The last sentence in the summary regarding mood is not just interesting but also of notable interest, because it supports the reason for the development of our Happiness Meditation program.

While Beta is a positive state for energy, action, learning and being fully engaged, the high-end of the Beta frequency range is where stress and anxiety can occur.

This is often referred to as the “fight or flight state: a state when the body increases heartbeat and respiration rate in order to provide the energy and oxygen to the body that will be needed to fuel a rapid response to the danger (1).

Those who suffer from anxiety may find themselves stuck in the Beta state at times and unable to relax. It can take 20-60 minutes for the brain to wind down from this state once personal control has been established.

For this reason, those who suffer with anxiety and being “highly-strung”, and who don't have a problem with being mentally active and fully engaged, might choose not to use Beta state binaural beats, at least not over say 20 Hz.

That said, binaural beats not only help with increasing Beta waves activity but can also help relieve an anxious person by entraining the brain to a lower state such as Alpha or Theta. So when you want to relax and calm down, simply choose a lower frequency track to listen to.

What we have learned is that Beta is the state of high-level wakefulness and cognition.

It plays an important part in learning, as proven scientifically in the three studies presented above.

Beta is a useful and necessary brain state that keeps us active and engaged in life, and facilitates the fight or flight state that has been so vital in human evolution.

However, in modern times, that same fight or flight state has become the precursor for the emergence of stress and anxiety symptoms in many individuals, and thus we use different forms of relaxation, such as meditation, to find better mental balance.

Beta binaural beats are a great stimulator of the brain, a good pick-me-up when you feel sluggish but need to be attentive.

If you wake up feeling lethargic and hazy headed. You’ve got a big day ahead but you are lacking enthusiasm and feel like even at a push you won’t be on your best form. There’s too much mental static going on in your mind for you to apply yourself to your best ability.

In this situation, Beta binaural beats act like a tuning fork for a piano, tuning your mind to the right pitch.