The Oster Curve was developed by Dr. Gerald Oster, who pioneered binaural beats research in the 70s. He proposed how they might be used as a diagnostic tool for purposes related to health and science.

As we explain in our article here, Dr. Oster didn't invent binaural beats, or propose their use for brainwave entrainment; that came later. What he did summarize was the following:

The fact that sub- threshold sounds are effectively rendered audible by binaural beats suggests that there may be other stimuli processed by the brain of which we are not aware. Finally, it is possible that hormonally induced physiological or behavioral changes too subtle to detect by ordinary means may be made apparent by measuring the binaural beat spectrum.

Considering the above, what Dr. Oster did was open up people's minds to the fact that the natural phenomenon of binaural beats demonstrates to us that there may be other stimuli (other energy, awareness, higher consciousness) affecting the body that we aren't aware of.

He published his research in a famous paper called “Auditory Beats in the Brain” (Scientific American, 1973).

But! We should note at this point that we can't take the Oster Curve as a literal guide to the best carrier frequency to use for optimal brainwave entrainment (using binaural beats).

Why? Because that is not what Oster was researching when he developed the Curve. He was concerned with level of perception, not optimal entrainment.

However, the Curve is a useful tool because it gives us a template from which to find where the optimal carrier frequency range is for a given frequency will be. 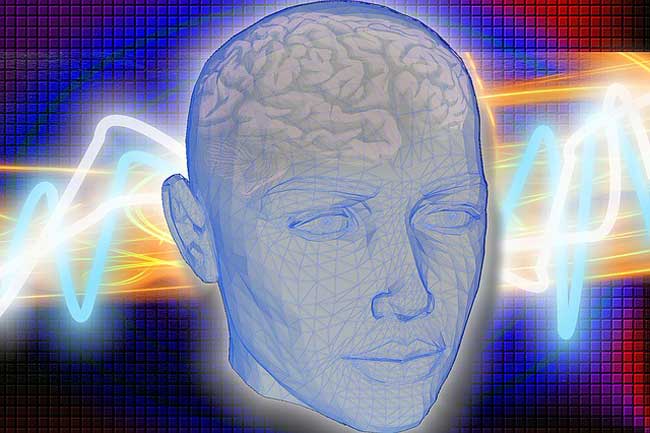 With that in mind, let's carry on and first define a carrier frequency.

Let's go back to basics for a moment: To create a binaural beat we need two frequencies, a left and a right frequency. One frequency is sent to the left ear, and the other to the right ear.

If we are in entraining the brain to 5 Hertz (Hz), both frequencies, the left and the right, are essentially carrier frequencies –  because they are “carrying the signal”.

But it may be the case that we start off entraining the brain to 5 Hz, and then increase this to 7 Hz after 10 or 15 minutes.

By nature of the way this works, the carrier frequency is usually the lower of the two frequencies.

To better illustrate this point, let's refer to our example of 5 Hz.

We would identify the left frequency as the carrier frequency, because this is essentially our starting point.

So if we look at the table below, we can see that according to the Curve, the optimal carrier frequency for entrainment at around 10 Hz  is somewhere between 230 and 240 Hz.

As noted previously, the Oster Curve cannot be considered a definitive list of carrier frequencies that should be religiously observed, because Dr Gerald Oster's  research was not focused upon using binaural beats for brainwave entrainment.

However, subsequent research shows that the Curve is fairly accurate for the purpose of entrainment.

We know this because of controlled studies, like this one. This study used Theta waves to induce a meditative state at a carrier frequency of 250 Hz to entrain to 6 Hz.

This study produced very good results, despite the Curve stipulating a frequency of  200 Hz for a 6 Hz signal and the study using one of 250 Hz.

Still, it is not far off the mark, and indeed from studies such as this we can make the assumption that Theta and Alpha entrainment will be effective within a carrier frequency between 180-250 Hz.

That said, research is ongoing, and over time both individual sound enthusiasts and scientific research continue to report specific frequencies of entrainment being very effective at specific carrier frequencies.

However, it is not something we should obsess over, because we have good evidence that working within a particular range for each brainwave category entrainment should still be effective for most people.

What is more likely to affect a person's perception of binaural beats and their ability to be affected by them are other things noted by Dr Gerald Oster in his paper such as the point in time a woman is at during her menstrual cycle, as it appears that Estrogen and has an effect on audible perception.