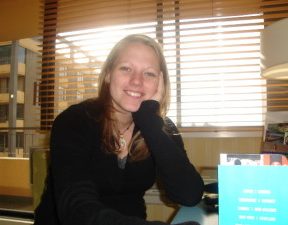 Binaural beats can assist in the reduction of sleep paralysis episodes, controlling those horrible nights when you become paralysed, often feeling like there is someone pinning your chest down while a dark presence stalks the room.

In this guest post we hear from Cathy Morgan, who has successfully controlled her sleep paralysis using binaural beats.

I began to experience sleep paralysis as a teenager, but the episodes were few and far between. Then, in my twenties and into my thirties the episodes became more frequent.

I was having approximately one a week, and the impact was leaving me feeling lifeless and drained the following day.

What I noticed about my sleep paralysis episodes was that they usually followed one of two things, 1. A period of poor sleep – late nights or being unable to sleep well for a few days, or, 2. A period of stress like when I was worried about money or work.

The episodes would often occur when I went to bed with my head full of worry.

After a period of tossing and turning I'd fall into that transition state between sleep and wakefulness, and then find myself paralysed, unable to move or speak, feeling pinned down and desperately trying to shout at the imaginary intruder or ghost in my room.

I'd end up waking my partner with my groaning, who had to wake me with a firm nudge, and at times I'd throw my pillow across the room as I overcame the paralysis and tried to attack the presence.

It's a terrifying experience, and so hard to explain to others who have never had an episode.

I consulted my doctor, who after some tests confirmed that my sleep paralysis wasn't related to ADHD, narcolepsy or sleep apnea, and attributed the episodes to anxiety and stress.

He said I could take a tricyclic anti-depressant, but I thought that was a bit extreme for someone who was only experiencing 4-6 episodes a month, and after all, I wasn't depressed. And so I decided to look for a holistic solution.

A friend of mine who suffers insomnia had been put onto binaural beats through a natural insomnia cure program she was using, and suggested I try binaural beats targeted at relaxation, anxiety and sleep.

My doctor said that although there is proof that binaural beats (brainwave entrainment) can help a person relax, and potentially sleep better, there is no evidence that the technology can cure or reduce episodes of sleep paralysis. I gave it a go anyway.

I bought some recordings from BBM and haven't looked back since. I use the Deep Sleep recording about three times a week before bed, which stimulates delta wave production and encourages complete, proper sleep cycles, and I use many of the other recordings like Anxiety Release and Chill Pill to relax when I feel stressed.

Being more relaxed when going to bed helps me fall asleep quicker, and helps me go properly into REM sleep without maintaining the brain stimulation that causes the sleep paralysis.

My episodes are infrequent now, perhaps 1 every six weeks, if that, and I hope that continuing to use binaural beats will eliminate them completely going forward.

Another huge positive about all this is that I have begun learning more about how the mind and body function, and have since taken a number of steps to improve my diet, sleep, fitness and general health.

I recommend binaural beats as a holistic treatment for sleep paralysis to anyone who wants to avoid being put on medication.

Cathy Morgan is a freelance web developer from New York.